Mother of child with cerebral palsy says she was told a baby in a stroller was asleep in wheelchair space. 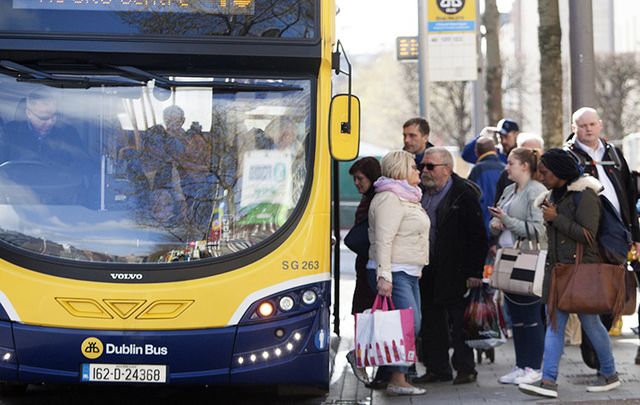 Mother of child with cerebral palsy says she was told a baby in a stroller was asleep in wheelchair space. RollingNews

A three year-old-girl with cerebral palsy was not allowed to board a Dublin bus because the wheelchair space was already occupied by a stroller.

Avannah’s mom, Shauna Walker, said the pair were waiting for the 46A with a friend on the North Circular Road on Dublin’s northside; the bus pulled up but the driver made clear that wasn’t space for Avannah as the space reserved for wheelchair users had a stroller in it.

"The bus pulled in and my friend went ahead of me and paid, I have free travel so I was walking on and when I got to the wheelchair space there was a pram there,” Walker recalled.

"I asked the driver if he could ask them to fold it and he straight away said no and told me to get off the bus.

"I asked him why could he not just ask them to fold the pram but he said no because the baby in it was sleeping and he made me get off.

"Any other bus I've got on the driver will just say to people that there's a wheelchair coming on and they need to fold the buggy, this time was completely different.

"I was on the bus for ten minutes, he wouldn't move and he was telling me to get off, I felt like people were smirking at me and I was embarrassed so I just left.

"It was awful and then my baby was asking what was going on so I just said it was too packed."

Mum 'embarrassed and devastated' after Dublin Bus refused to let daughter (3) who was in a wheelchair on https://t.co/1DWZmMRsRp pic.twitter.com/23t77p8mRW

Dublin Bus said they are looking into her complaint but Walker has already said she doesn’t want to use the service ever again.

"I said I'd never go on a Dublin Bus because I want to avoid that embarrassment ever happening again.

"Even if I mention Dublin Bus to Avannah she just says, 'No way.'

"She's going to be four in October and knows everything that's going on."

Even when she’s allowed to board buses she finds taking Avannah out into Dublin city center a stressful experience.

"I'm still trying to come to terms with her being in a wheelchair.

"I can't go into the city center by myself, it's hard when you've a wheelchair and there's so many people so I always ask my mam or a friend to come with me or it can get a bit overwhelming."

Dublin Bus told the Irish Independent that wheelchair users get priority over strollers when traveling and they were investigating the incident.

"Dublin Bus received a complaint about this incident on Friday and it is currently being investigated,” a spokeswoman said.

"Dublin Bus policy is that if there is a wheelchair user wishing to board a bus and there is already a buggy onboard, the driver should request that the buggy owner fold their buggy, stow it in the luggage area or beside them and keep their child on their lap in order to make room for the wheelchair user."