The diocese, which is the largest in Ireland, will offer a voluntary redundancy package to its 82 workers which could result in up to 28 job losses. 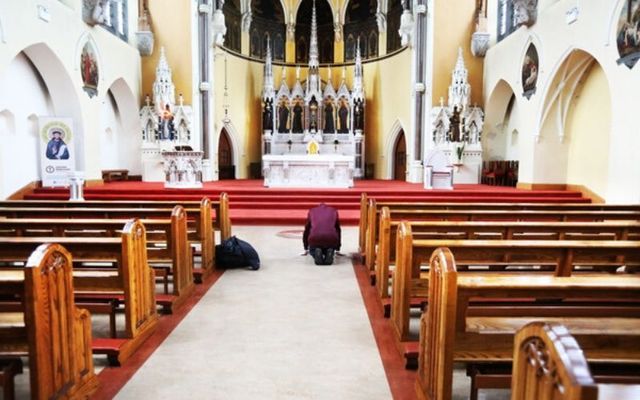 Churches in Ireland have been closed throughout the COVID-19 pandemic. Rolling News

The archdiocese of Dublin is set to cut one-third of its staff as the financial costs of the COVID-19 pandemic continue to take their toll.

The diocese, which is the largest in Ireland, will offer a voluntary redundancy package to its 82 workers which could result in up to 28 job losses, according to the Irish Independent.

A spokesperson for Archbishop Diarmuid Martin told the Irish Independent that the diocese was preparing to cut staffing levels by one-third as a result of the pandemic.

Places of worship, including Catholic churches, have been closed since March 27 and are set to reopen to the public on June 29.

Read more: Irish-American priest set to be beatified may have died of coronavirus

However, that three-month closure has resulted in a substantial loss of revenue in the form of church collections and other donations.

Proceeds from one church collection fell by around 80% between March and May this year compared to the same time last year, the Irish Independent reports.

The archdiocese of Dublin will be offering advice and support to any staff member made redundant due to the COVID-19 pandemic.

Priests in the archdiocese of Dublin took a 25% pay cut last month at a time when the diocese faced financial ruin.

Dublin priests were encouraged to appeal directly to their parishioners for financial support to help deal with the mounting financial crisis.

Father Paul Taylor, who chairs the executive committee of the Dublin archdiocese's Common Fund, penned a letter to Dublin priests saying that they might be "surprised by people's generosity.

He said that the closure of places of worship during COVID-19 lockdown had resulted in a collapse of revenue used to pay a priest's stipends.

The archdiocese is set to undergo a financial restructuring in the wake of the COVID-19 pandemic.