"The great challenge we had here was the scale of the country. In Ireland, we could get up in the morning and drive to the other side of the county, have lunch and be home again later. We don’t have that here.” 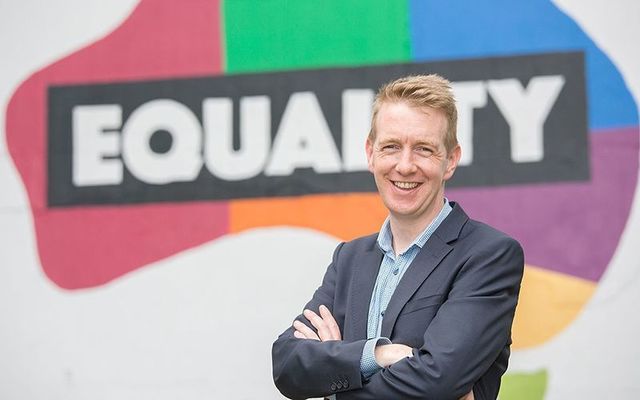 A Donegal man who led the successful campaign for marriage equality in Australia has much to celebrate.

Two years ago Tiernan Brady worked as the political director for Ireland’s Yes Equality campaign, helping the Yes side win big the length and breadth of the Republic: from the most isolated of rural areas to the inner cities, from the most multicultural parts of Dublin to parishes in the west where Gaelic is still the community language, yes won almost everywhere and usually convincingly.

Yesterday a similar phenomenon happened in Australia - nearly three years since Brady was first asked to lead the campaign.

I think Australia should give @Tiernanbrady honorary citizenship, make him a Dame, and give him a kangaroo or a billabong or whatever. He did an amazing job as Director of @AMEquality. He’ll probably never come home now though. #MarriageEquality

"The more I traveled, the more I realised the values of Australia are aligned with the values of Irish. It's no surprise at all that the results almost match that of Ireland's vote," Brady told the Irish Independent.

But even if the results are almost the mirror image of Ireland’s the campaign was very different.

"The great challenge we had here was the scale of the country.  In Ireland, we could get up in the morning and drive to the other side of the county, have lunch and be home again later. We don’t have that here.”

Wonderful to see a clear yes vote for #marriageequality in Australia. A reminder of a happy day in Ireland, and a demand for equality for Australian LGBT people

Former Prime Ministers John Howard and Tony Abbott both made several public interventions for the ‘no’ side and numerous members of the ruling Liberal and National parties said they were against change.

Opinion was also more sharply divided: whereas in Ireland only the constituency of Roscommon-South Leitrim voted ‘no’, with 51.4% voting against change, in Australia a number of electorates in Sydney and Melbourne voted ‘no’, as did two sprawling seats in rural Queensland.

Election analyst Antony Green said that most of the ‘no’ voting seats were home to large numbers of socially conservative voters born overseas.

"[New South Wales] has, by far, the highest proportion of people born in non-English-speaking countries,” he told the Australian Broadcasting Corporation. "I think that's what you're seeing in those western Sydney results. I understand there's been some quite specific campaigning within the Muslim community, the Chinese community, in parts of western Sydney — and that's something that goes under the radar."

In the Labor-held seat of Blaxland 73.9% voted against same sex marriage, whilst only a few miles away the seat of Sydney saw an 83.7% ‘yes’ vote.

Although disappointed in marriage vote, am very proud of the NO campaign team. Well done to all. Together we can find a better way. @AuConservatives

Prime Minister Malcolm Turnbull has long backed change but opposition from his socially conservative backbench legislators meant he was forced to put the issue to a public plebiscite, as opposed to a vote in Parliament where opponents knew same sex marriage had majority support.

With the public now having given their approval Turnbull has promised the Federal Parliament would have the bill passed and sent for Royal Assent in time for the holidays, meaning Brady can head back to Donegal and his Mammy for his first Christmas at home in two years.

The people of Australia have spoken and I intend to make their wish the law of the land by Christmas. This is an overwhelming call for marriage equality. pic.twitter.com/PWZbH5H71r