Carndonagh, on the Inishowen Peninsula in County Donegal, has recorded a 14-day incidence rate per 100,000 of 2,558 and is the worst-affected town of all 166 Local Electoral Areas. 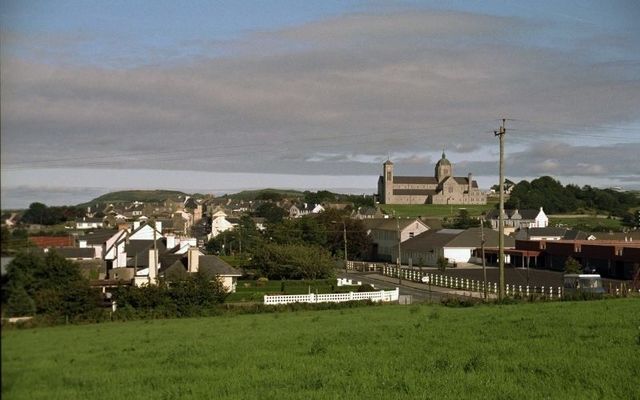 A small town in Donegal has recorded the highest Covid rates in Ireland for the fifth week in a row, with rates now five times the national average.

Carndonagh, on the Inishowen Peninsula in County Donegal, has recorded a 14-day incidence rate per 100,000 of 2,558 and is the worst-affected town of all 166 Local Electoral Areas (LEAs).

Carndonagh's 14-day incidence rate is almost double that of the second worst-affected area in Clones, County Monaghan, which has seen 1,542 cases per 100,000 over the past two weeks.

The weekly data released by the Health Protection Surveillance Centre (HPSC) revealed that four of the top ten worst-affected LEAs in the country are in Donegal, with Buncrana, Letterkenny, and Milford occupying sixth, eighth, and ninth place respectively.

The data highlights that cases have been spreading in areas close to Northern Ireland, with seven of the ten worst-affected towns located in Ulster. Bailieborough-Cootehill, County Cavan, and Monaghan Town, County Monaghan were the remaining Ulster towns to place in the top ten and placed third and fourth respectively.

Of the non-Ulster towns to place in the top ten, Boyle in County Roscommon placed seventh, while Swinford and Claremorris in County Mayo placed fifth and tenth respectively.

Furthermore, the HSPC data showcases a general rise in incidence rates across the country, with seven LEAs now boasting more than 1,000 cases per 100,000 of the population.

Meanwhile, no LEAs recorded less than 100 cases per 100,000 for the second week running.

The HPSC data additionally reveals that there are roughly 100 LEAs with incidence rates below the national average.