President Donald Trump want to delay the 2020 U.S. Census in hopes of adding a citizenship question to the survey after Supreme Court ruling. 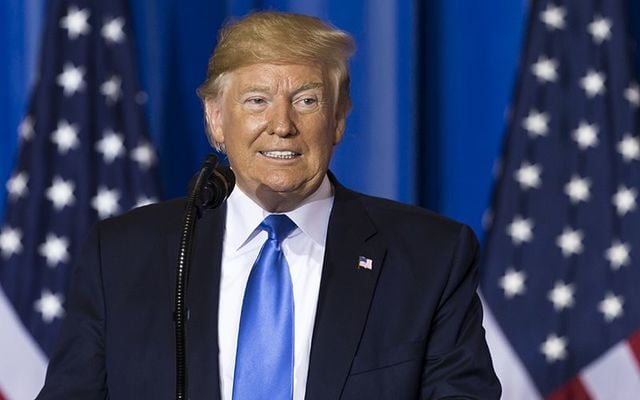 President Donald Trump: Will the 2020 U.S. Census be delayed? Getty

President Donald Trump wants to delay the 2020 U.S. Census in hopes of adding a citizenship question to the survey after Supreme Court ruling.

The census, which is held once every ten years, has not had a citizenship question since 1950. The current administration wants to add it back into the survey, but Democrats have said that the question will discourage illegal immigrants and other non-Americans from participating. An inaccurate count would unfairly change the makeup of the House of Representatives and the Electoral College, and deny federal funding to minority-heavy areas that are more likely to house undocumented immigrants, the Daily Mail reports.

The Supreme Court ruled that Commerce Secretary Wilbur Ross’s stated reason for the census change — that the Justice Department needed data to enforce the Voting Rights Act - was merely a pretext and shifted the citizenship question back to a lower court.

“Altogether, the evidence tells a story that does not match the explanation the secretary gave for his decision,” wrote Chief Justice John Roberts.

.....United States Supreme Court is given additional information from which it can make a final and decisive decision on this very critical matter. Can anyone really believe that as a great Country, we are not able the ask whether or not someone is a Citizen. Only in America!

The administration has until July 1 to confirm whether it will try again to add the citizenship question before U.S. District Judge George Hazel decides if lawsuits over discrimination and conspiracy claims against the question can continue.

Trump tweeted from Japan: “Seems totally ridiculous that our government, and indeed Country, cannot ask a basic question of Citizenship in a very expensive, detailed and important Census, in this case for 2020.”

“I have asked the lawyers if they can delay the Census, no matter how long, until the United States Supreme Court is given additional information from which it can make a final and decisive decision on this very critical matter.”

Census forms must be printed soon in order for the agent to meet the deadlines mandated by the Constitution. The Commerce Department has said the printing of the Census forms is scheduled to start by July 1. However, Census Bureau officials have said previously that “with exceptional effort and additional resources” the deadline to finalize forms could be pushed back to October 31, NPR reports.

Federal law has set Census Day as April 1, although households in some parts of the country are counted earlier. Pushing back the census could prevent the bureau from producing the count on time, which would disrupt the scheduled redistribution of congressional seats and Electoral College votes based on the new census numbers. According to NPR, a delay would also likely increase the costs of what is already expected to be the most expensive census to date at an estimated $15.6 billion.