Over 60 years later, Diana de Vegh speaks out about her affair with John F Kennedy

In an essay published online the 83-year-old claims that she and Mr. Kennedy had a four year affair while she was a student in college. 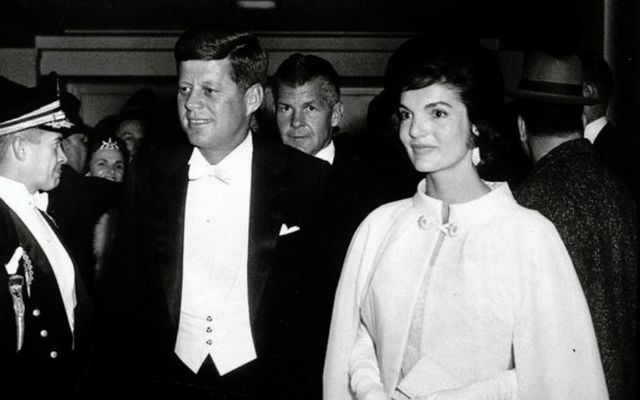 An 83-year-old woman claiming to have been a former lover of John F. Kennedy has publicly opened up about the alleged affair.

In a personal essay published in Air Mail News, a digital weekly, Diana de Vegh claims that the affair with the 35th president of the United States began when she was 20-years-old.

In the article, de Vegh wrote that her affair with Mr. Kennedy began in 1958, when he was married and twice her age.

She first met him at a ballroom in Boston where he was on a re-election tour for senator.

“The senator was standing directly across the table. And he was looking … at me. ‘Oh, God, don’t let me blush’, I prayed. Useless, of course,” she wrote in Air Mail News.

“Give me your seat, so a tired old man can sit next to a pretty girl,” she recalled him saying to her date.

The affair reportedly continued for about four years and Ms. De Vegh claimed a driver would pick her up from her off-campus residence and chaperon her to wherever Kennedy was campaigning.

She fell in love with Kennedy and ultimately dropped out of graduate school before moving to Washington, D.C., after he was elected president in 1960.

The alleged relationship went downhill after she began feeling he did not “care” for her.

Then in 1962,  Kennedy discovered that her father was Hungarian economist Imrie de Vegh, who he had been consulting with over political affairs.

“He had nothing against me, but he realized it could really be a problem because a lot of people knew my dad."

The relationship ended when Ms. De Vegh left her position with the National Security Council and began a new life in Paris, going on to open a private psychotherapy practice of her own in New York.

The following year after she moved to Paris, Mr. Kennedy was assassinated and speaking to the New York Post, Ms. De Vegh said she "went completely numb" when she heard the news.

“I was having dinner in a bistro in my neighborhood and it came on the news and I thought, this can’t be true. I went home and went to bed and the next day I got every copy of every newspaper."

Ms. De Vegh wrote, that it took “years to recover” from the affair and “almost as many years to finally write this”.

Part of the reason for her openness, she said, was the public focus on the power dynamic in relationships between older men and younger women often spotlighted in the #MeToo movement.