Roscommon man Declan Curley, 37, was out walking in Wellington, New Zealand when he was struck by a vehicle in the early hours of February 12. 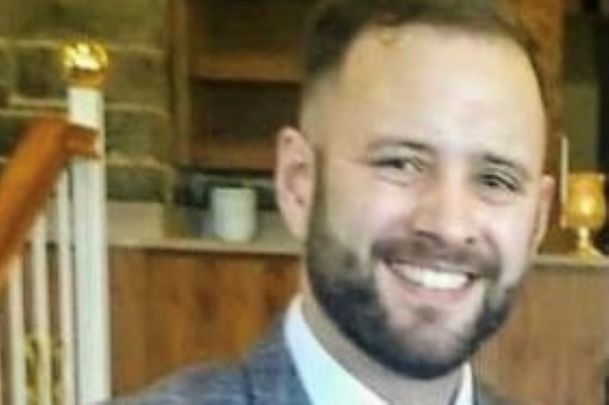 Curley, 37-year-old was killed when he was struck by a vehicle on Dixon Street in central Wellington while out walking at approximately 3:30 am on Saturday, February 12. He was pronounced dead at the scene.

Curley, from Clonark near Athlone, was living in Wellington in New Zealand at the time, reports Sunday World.

The driver of the vehicle, a Wainuiomata man who was granted name suppression, appeared in Wellington District Court last week in relation to the tragic death of the Irish national.

The court heard that the driver was driving dangerously and was over the legal alcohol limit with a breath alcohol reading of 516mcg. The legal limit is 250mcg.

He was charged with dangerous driving causing death and excess breath alcohol causing death. The man was granted bail after pleading not guilty to the two charges.

He is scheduled to appear in Wellington District Court on June 20, reports Shannonside.ie.

Tributes poured in for the beloved Irish man following his death.

It is with deep regret and sadness that the club has learned of the untimely and tragic passing of Declan Curley. Declan played underage football with Clann na nGael and followed the progress of @ClannGAA and his beloved @RoscommonGAA with great interest. (1/2) pic.twitter.com/YRnpf7x6UZ

"It is with deep regret and sadness that the club has learned of the untimely and tragic passing of Declan Curley," stated Clann na Gael GAA club in Athlone in a Twitter post.

"Declan played underage football with Clann na nGael and followed the progress of Clann and his beloved Roscommon with great interest.

"We express our deepest sympathies to Declan’s parents Tommy & Rena, his partner Samantha, the extended Curley and Ganly families and also Declan’s many friends and neighbors on their terrible loss."

A former colleague said: “Deepest condolences to Declan’s parents, partner, extended family and friends on your very sad and tragic loss. Had the pleasure of working with Declan in both Penneys and the Dept of Education. He was a lovely lad and a great character. Rest in peace Declan."

A Give A Little page that was set up to raise money for Curley’s family stated:  “He leaves behind his heartbroken partner Sam and her daughter Mia who Declan loved and treated as his own. His loving parents Tommy and Rena, family and friends both in Ireland and New Zealand."

The page, which raised more than $94,000, described Curley as “a true gentleman."

“He was Daddy to Mia and loved her so much, adored by his partner Sam and the best friend anyone could ask for.

“He supported everyone and was crazy about sport, often staying up to ridiculous times in the morning in NZ to watch games. He is so sadly missed, he had such a wide circle of friends who will all remember him by his deep but witty voice and ability to light up any room.”