David O'Sullivan took a solo trip to the US four years ago to hike the Pacific Crest Trail but went missing a few weeks into his travels. 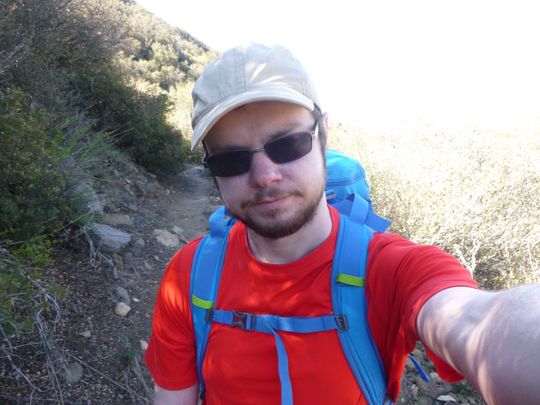 The parents of an Irish man who went missing on a hiking trail in America four years ago are still looking for answers.

25-year-old David O'Sullivan went missing 'during a trip of a lifetime' as he hiked the Pacific Crest Trail in 2017.

The famous hiking trail between Mexico and Canada is 2,653 miles in length and the route is mostly through National Forest and protected wilderness.

Speaking to the Irish radio show Newstalk, David's mother Carmel said that her son had recently graduated from university before he traveled to the US in March 2017 for his five or six-month-long adventure. David had planned to complete the hike and then spend a few weeks in Canada before returning home to Ireland. 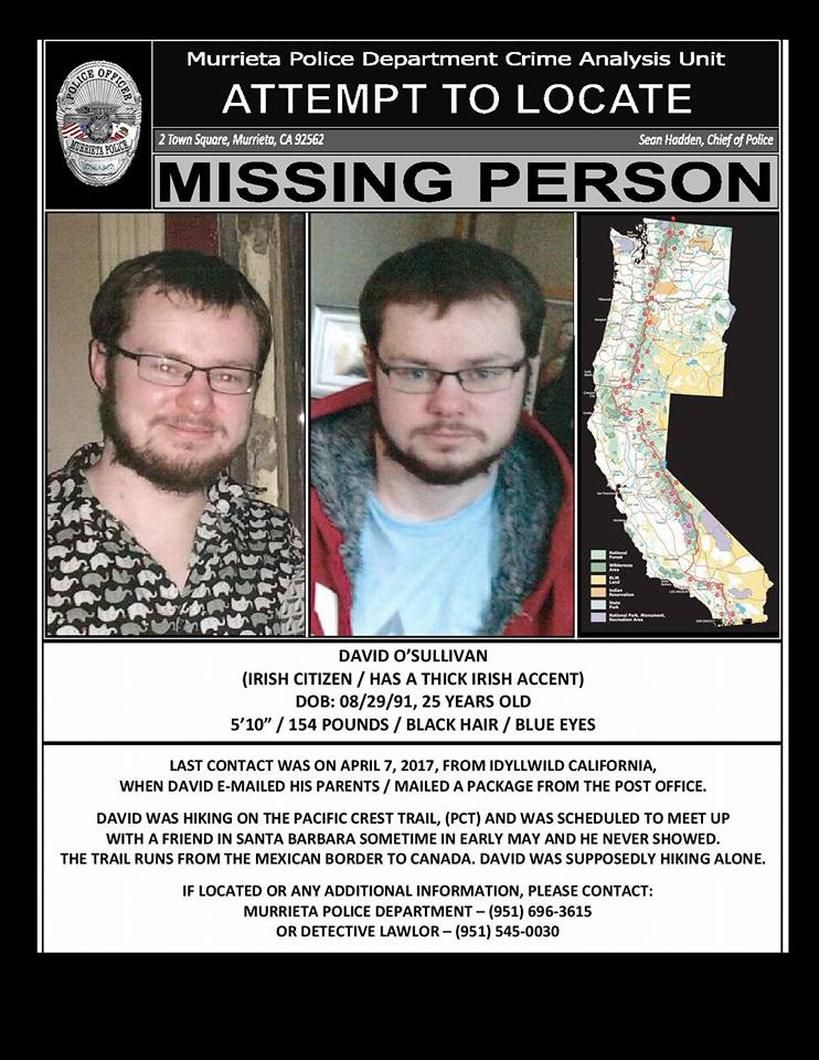 He had told his family there would be weeks when he wouldn’t be in touch, as he'd be traveling through remote areas.

They last heard from him on April 7 by e-mail while he was staying in the small mountain town of Idyllwild in California. They understand that David left to continue his hike the following morning with good weather conditions, but shortly after a snowstorm descended on the area.

His family began to get worried after more and more time passed without any contact from him.

"It’s assumed he got into difficulty because he’d have no experience of the type of snow we’re talking about... It’s assumed he slipped and fell to his death,” said Carmel.

Since David's disappearance, his family has been over to California several times, and numerous amount of searches have been carried out - including a drone search of lower elevations.

However, due to the pandemic, the progress in the search for David was completely stalled in 2020.

"The trail itself was closed down, as the locals didn’t want loads of hikers coming through...we couldn’t get over, and there were no searches," continued Carmel.

The O'Sullivan family has learned that there was a recent meeting with people in Utah and they are intending to resume the search in May.

Carmel explained that the family understands it's not going to be good news, but that it is important for them to find out what happened to David and bring him home.

“He would have been 30 this coming August… he’s still 25 to me - he hasn’t grown old. His friends are settling down - between engagements, houses, and their careers...But he’ll always be 25 for me - that boy who left home."