Trevor Deely was last spotted being followed by a man in a dark hoodie on Haddington Road in Dublin in December 2000. 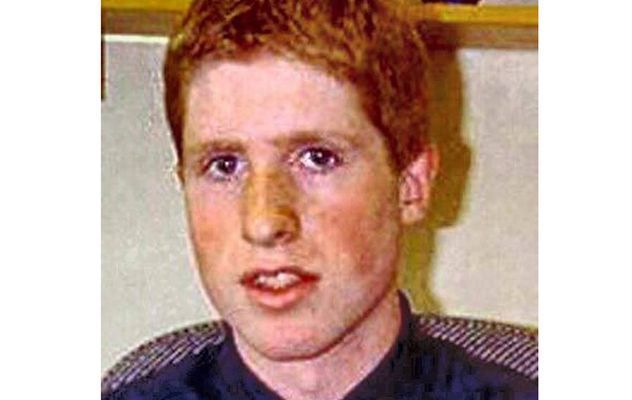 Trevor Deely went missing after a night out in Dublin in December 2000. Rolling News

The family of a missing Irish man is trying to retrace his final steps on the 20th anniversary of his disappearance.

Trevor Deely was last seen on CCTV cameras on Haddington Road in Dublin in the early hours of the morning of December 8, 2000, and his family will gather at the sight to mark the 20th anniversary of his disappearance.

Mark Deely, Trevor's older brother, told the Irish Mirror that the family is still dealing with the anguish of the 22-year-old's unsolved disappearance 20 years later.

"This is the 20th year that we’re doing an appeal, and we’re still looking for the same questions to be answered," he told the Irish Mirror.

Mark Deely said that his family is still looking for information that might help solve his brother's disappearance. He also said that the family is hoping that there might be a breakthrough this year, given that it is such a significant anniversary.

Gardaí have never identified a suspect in connection to Trevor Deely's disappearance but believe that a man dressed in a dark hoodie captured on CCTV might hold the key to the unsolved mystery.

Trevor, who didn't drink, had attended a Bank of Ireland Asset Management Christmas party at Copper Face Jack's on December 7 and was walking home due to a taxi strike in Dublin. He stopped by his office at about 3 am on his way home and CCTV cameras showed a man lurking in the shadows as he entered the building at 2:59 am.

The unidentified man took a few steps forward and appeared to briefly talk with Trevor before the young worker entered the building.

Separate CCTV footage from 4:14 am shows what appears to be the same man half-running behind Trevor as he walked along Haddington Road.

Gardaí have never been able to identify the man in the dark hoodie, while Trevor Deely's family have been unable to find closure to this day.

Gardaí dismissed a theory that Trevor stumbled and fell into the Grand Canal, pointing to the fact that his mobile phone was active for several days after his disappearance.

Suggestions that Trevor took his own life were similarly dismissed by friends and family, who all said that he was a happy young life who regularly made plans for his future.

In 2017, a new witness came forward and told investigators that Trevor had been shot dead by a well-known criminal in an accidental altercation. The witness said that Trevor's body had then been buried in a drain on the Old Lucan Road in Chapelizod, leading to a six-week dig at the site.

The site uncovered a cache of drugs and guns, but nobody was ever found.

Mark Deely told the Mirror that the family has had to deal with wild speculation ever since his younger brother had disappeared.

"When he was missing a few years people were saying, ‘Ah sure that lad is gone, he has to be dead’.

"Maybe they are right but until we know for certain I think we owe it to Trevor to keep searching for what those answers might be," he said.

Mark Deely's wife was pregnant with the couple's eldest child when Trevor went missing, and he said that his missing brother now has nine nieces and nephews that he's never met.