David Cassidy's Irish roots: What you need to know 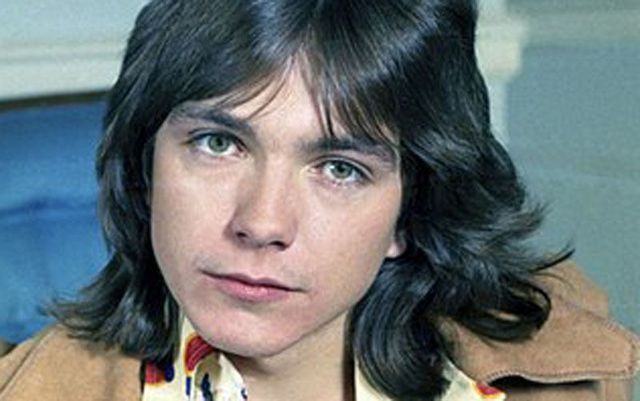 David Cassidy, best known for his role in The Partridge Family as Keith Partridge, was admitted to a hospital on November 15, reports TMZ. The gossip site stated Cassidy,  was need of a liver transplant and that he was also suffering from kidney failure. The TMZ report added that "with Cassidy's organ deterioration, they need to prepare for the worst."

Cassidy had retired from performing earlier in 2017 after he publicly disclosed his dementia diagnosis.

Cassidy's parents got divorced without telling him

Cassidy was born at the Flower Fifth Avenue Hospital in New York City in 1950. His parents were actor Jack Cassidy and actress Evelyn Ward. Jack Cassidy was half-Irish and half-German while Evelyn Ward was of Irish and Swiss stock. Cassidy was raised in West Orange, New Jersey. When he was six years old, Cassidy learned from neighbors that his parents had been divorced for two years and chose not to tell him. Jack Cassidy went on to remarry an actress of Welsh-extraction, Shirley Jones, with whom he had two more sons, Shaun and Patrick.

Cassidy's great-grandfather did time in prison with 'Irish Famine emigrants'

A March 2011 Huffington Post feature on Cassidy, that was written while the singer was competing on Celebrity Apprentice, said that Cassidy's great-grandfather did time in Sing Sing prison with "Irish famine emigrants." That same Huff Po piece says that Cassidy's maternal family, although originating in Ireland, traced their roots in New Jersey back to 1777. The article says that his mother's family helped to found the city of Newark. Evelyn Ward died at 89 in December 2012 after suffering from an Alzheimer's related disease, according to the Hollywood Reporter. In 2011, Cassidy appeared in a public service announcement to highlight the need for funding for Alzheimer's disease.

Cassidy's father has been described as a 'bisexual... matinee idol with Irish blue eyes'

While on his father's side, the Cassidy family hailed from Queens and "was almost to a man railroad workers," according to the Huffington Post. In a 2015 interview with the Daily Mail, Cassidy spoke of his mother regularly beating him and his father's boozing and womanizing ways. The article referred to Jack Cassidy as "a matinee idol with white-blond hair and blue Irish eyes." In March 2007, Cassidy spoke of growing up in "working class Irish roots" in an interview with the Scotsman. Cassidy went on to describe his father as "a vain philanderer, an alcoholic - and a bisexual." Jack Cassidy died at 49 in December after he inadvertently set fire to his apartment in Hollywood after a night of drinking. He had apparently fallen asleep while smoking, according to his obituary. That tribute mentions that Jack Cassidy's father, William Cassidy, had been an engineer on the Long Island Rail Road.

The Cassidy name originates from Fermanagh, more specifically the small town of Ballycassidy which is north of Enniskillen. The Cassidy clan was known for their storytelling and as practitioners of medicine. In America, the Cassidy name can be traced back to Virginia in 1703 where Catherine Cassidy was registered as the "white servant" of John Hutchins. Catherine Cassidy attracted controversy when she had a child with a black servant.