Irish girl Addison Whelan sprinted onto the pitch after Ireland's 0-0 draw with Portugal and approached superstar Cristiano Ronaldo as he was shaking hands with Irish players. 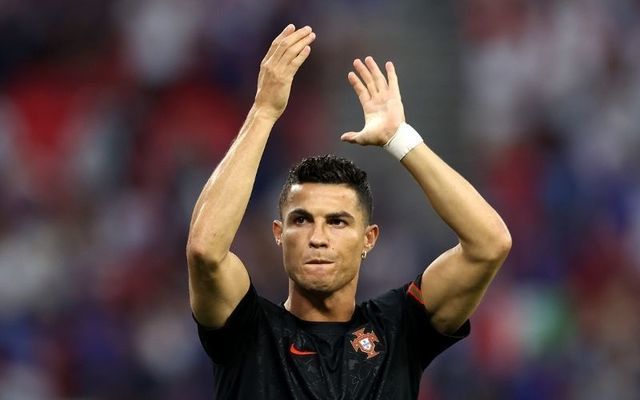 Portuguese star Cristiano Ronaldo made a young Irish fan's dreams come true by giving her his jersey after she sprinted onto the pitch following Ireland's 0-0 draw with Portugal at the Aviva Stadium in Dublin on Thursday night.

Addison Whelan, 11, who plays with Dublin football club Shelbourne's under-13 team, sprinted onto the pitch after the full-time whistle on Thursday night and approached the Portuguese superstar as he was shaking hands with Irish players.

Stewards attempted to stop the 11-year-old from reaching Ronaldo, but he told them to leave her alone before hugging her and giving her his shirt.

Whelan told RTÉ's Morning Ireland that she was sitting in the second row at the stadium and leapt over the barrier onto the pitch so that she could approach her idol.

"Then I sprinted onto the pitch, but there was security guards running behind me and there was another two coming from the other corner so I just kept sprinting.

"I was just screaming Ronaldo's name. He turned around and he saw me and he was telling them to leave me."

Whelan said that she was in tears when Ronaldo greeted her and added that her father was watching on from the stands "in shock" as the superstar removed his jersey and gave it to her.

Cristiano Ronaldo gave his shirt to a young Republic of Ireland fan who ran on the pitch after the final whistle last night... 🥺 pic.twitter.com/BqM5xMWr72

She told Virgin Media News that she did not sleep on Thursday night after the excitement of the encounter and vowed to never wash the jersey.

She added that she arrived at the Aviva Stadium with a "Plan A and a Plan B" to approach Ronaldo.

Addison Whelan went around the world last night as her moment on the pitch with Cristiano Ronaldo went viral.

She says she hasn't slept, and the jersey is never being washed.

She also arrived with a Plan A and a Plan B.

Whelan told Dublin radio station FM104 that her father was hit with a €3,000 fine for her decision to encroach on the pitch.

"I was fined for running onto the pitch. My dad's going to pay it," she told FM104, adding that the fine was "worth it" for the once-in-a-lifetime experience.

However, the Football Association of Ireland has since confirmed that the 11-year-old will not be fined for running onto the pitch.