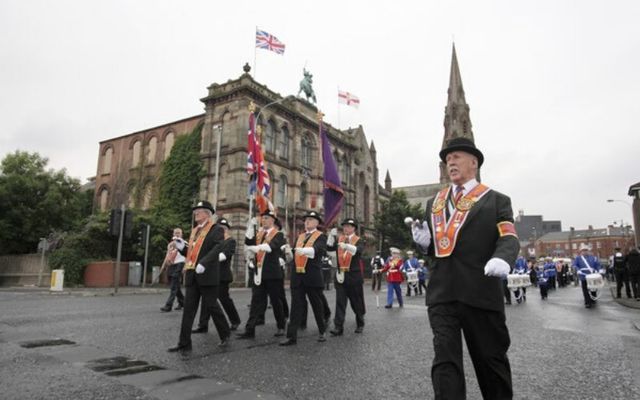 The Orange Order was forced to cancel its annual July 12 marches in Northern Ireland as COVID-19 claimed its latest victim.

Edward Stevenson, Grand Master of the Orange Order, said that the decision was taken in light of the Coronavirus pandemic after lengthy discussions with Grand Masters in England and Scotland.

The marches, which celebrate the Protestant victory at the Battle of the Boyne in 1690, were canceled all over Northern Ireland. In total, 17 marches slated to take place on July 12 were canceled along with a similar parade in County Donegal which takes place the Saturday before July 12.

"It is with regret that I must cancel the 2020 Boyne Anniversary Parades. In the face of the growing crisis surrounding coronavirus it is in the best interests of our members, their families and the wider community that this decision has been made," Stevenson said in a statement.

The July 12 celebrations also include a bonfire night on July 11 organized by local communities. Stevenson called on these events to be canceled as well and said that it would be irresponsible to allow them to go ahead.

"The gathering of hundreds of thousands of Orangemen and women, together with their accompanying bands and spectators would not be responsible."

He said that the safety of Orange Order members and the wider community was more important than the traditions of the Unionist community.

“I appreciate that our culture and traditions are very much a way of life for the Orange family. However in light of the current situation, we must prioritize the safety of not only our members but of the entire community,” he said.

Stevenson explained that it was not uncommon for July 12 parades to be canceled during a global crisis. Previously, the parades have been canceled during both World Wars and the Spanish Flu pandemic of the early 20th Century.

He urged people to follow social distancing guidelines and said that there will be plenty of parades for Unionists to enjoy in the future. He encouraged people to find alternative and safe ways to celebrate July 12.

"We look forward to the day that we can parade in celebration once again. However, in the months ahead it is more important we work together to fight this terrible disease," he concluded.