Attendance numbers at work, including vital emergency and health services, are drastically reduced this week as Ireland attempts to return after the holiday break. 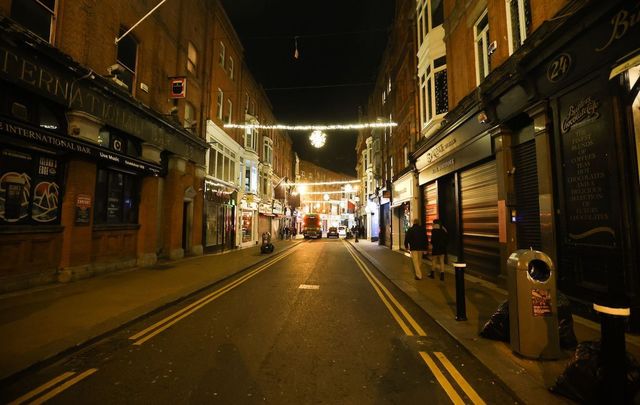 At the start of pandemic year three, an astonishing surge in recorded Covid illness cases puts the figure in the week between Christmas Day and New Year’s Day way above the figure for all of 2020 – 120,000 in the last week of 2021 compared with 91,779 in all of 2020.

Ireland’s high vaccination rates during 2021 meant most were capable of recovering in isolation at home, but the rapidly-spreading Omicron variant of the virus started figures spiking again this week in hospital and intensive care units.

On Tuesday morning, there were 884 people in hospital with Covid-19, an increase of 80 on the same time on Monday. Of these, there were 93 patients in ICUs with the virus.

Medic chiefs said the Omicron variant, which spreads five times faster than the Delta variant although it is five times less virulent, is running rife in communities since it arrived in Ireland in early December.

The situation is expected to worsen in coming days with the peak not expected until later in January.

More than 6,000 health care staff were on coronavirus-related leave early this week, with the numbers expected to rise as hospitals brace themselves for a sharp rise in patients infected with the disease.

The Irish Nurses and Midwives Organisation called for all elective care to be canceled until the end of January because of pressures on the system from rising Covid case numbers.

The country’s workplaces faced into a week of Covid chaos with tens of thousands of employees unable to attend either in person or virtually. Business chiefs reckoned between one in seven and one in six remained absent.

The Irish Independent reported on Monday that more than 140,000 people are isolating as confirmed Covid cases with many more close contacts unable to attend work.

A Garda force of 13,500 lost 1,100 officers for a fortnight due to Covid. Brendan O’Connor, vice-president of the Garda Representative Association said, “Just like any workforce there are just fewer people trying to deliver services, putting more pressure on those still in place providing that service.”

Although schools are expected to reopen later this week after the Christmas vacation, many children and teachers are likely to remain at home until the crisis eases. Education Minister Norma Foley and teacher unions were meeting to discuss phased re-opening of secondary schools, with Leaving and Junior Cert exam students being given preference for face-to-face classes.

Irish Nurses and Midwives Organisation general secretary Phil Ní Sheaghdha on Monday warned that the system in hospitals at present was “very serious.” She said the absence of staff due to infection or being close contacts was adding pressure and leading to “a perfect storm.”

Danny McCoy, chief executive of  Ireland’s biggest business representative organization, IBEC, told RTÉ that the proportions of staff absent from work in the food manufacturing and the retail distribution sectors were 15 to 18 percent.

Meanwhile, politicians who departed the Dáil on December 16 will not return until January 19, prompting some media questions on why they remain absent in a growing crisis.

The Cabinet will meet on Wednesday of this week when ministers will discuss what steps Ireland can take in the battle against Covid without another total lockdown.

Ministers have been looking closely to America where the Center for Disease Control (CDC) reduced the isolation period for people who test positive from 10 days to five days. The CDC advised that close contact isolation rules could be dropped for fully boosted people with no symptoms as long as they wear a mask in all settings.