A baby boom during Ireland's Covid lockdown has caused a chronic shortage of spaces in childcare facilities. 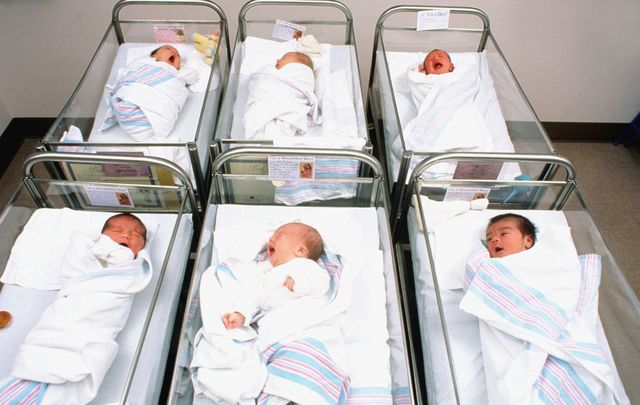 Irish childcare: "There are waiting lists of 24 months in some urban centers because of the scarcity." Getty Images

The number of births in Ireland rose by over 3,000 in 2021, according to Health Service Executive (HSE) data.

A total of 59,874 babies were born in Ireland in 2021, up from 56,858 in 2020. That was the first increase following a decade of decline. Now parents face a two-year waiting list for creche places and there have been warnings that the chronic shortage of spaces is set to get worse.

Darragh Whelan, director of Childhood Services Ireland, said, “There are waiting lists of 24 months in some urban centers because of the scarcity. It sounds ridiculous but it’s unfortunately true.”

He told the Irish Independent that prospective parents would have to get on a waiting list several months before a child is even conceived if they want to secure a baby's place.

Whelan added, “Our current system is not doing enough to protect mothers in the workplace and there is a widening gender disparity.

“It is unfortunately women who take that decision. This could be the end of their potential career, just when they are considering middle management.”

Regina Bushell, managing director of Grovelands Childcare, said its baby rooms are full. Staff care for around 40 babies at the childcare group, which has six centers in the Midlands.

“It’s been challenging for the last while trying to cope with the demand for places for babies. We have people who are pregnant who are looking for places,” she said.

“That’s just the way it is. People are putting their names down earlier, particularly the self-employed.”

She said a lot of providers closed baby rooms after 2016 when new regulations relating to spacing children in cots were rolled out, creating a lot of planning red tape which was difficult to navigate.