Irish woman tells of "sinister" situation on Russia flight as man with flu-like symptoms was removed by medical team in hazmat suits. 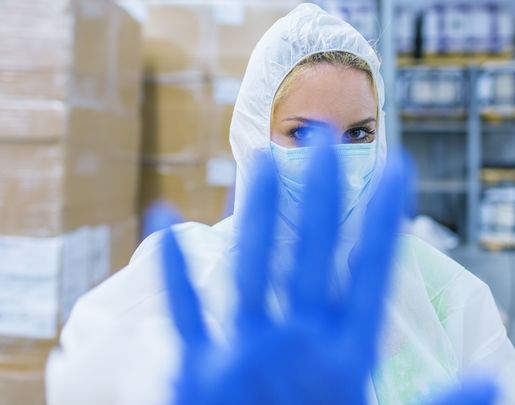 Irish woman tells of "sinister" situation on Russia flight as man with flu-like symptoms was removed by medical team in hazmat suits.

A man is under observation with a suspected case of the coronavirus after arriving at Dublin Airport on Saturday, from Moscow. The man whose journey commenced in China was escorted from the aircraft by medical staff wearing hazmat suits.

He is currently under observation at the Mater Hospital, in Dublin's city center. His test results are expected on Tuesday.

An Irish passenger, Laura Noonan (36) told the Daily Mail passengers were kept on board the flight for two hours after their Aeroflot aircraft landed in Dublin.

Noonan a doctor who has been travelling to Moscow every three or four months since Jan 2018 to receive haematology treatment for a rare blood disorder. The GP was travelling with her husband Archie O'Connor (39).

Noonan wears a facemask on planes to her compromised immune system. Her husband also donned a mask before the flight as a precaution. She told the Mail that during the flight "at no point did we realise something sinister was also evolving on board."

She said "When we landed, passengers stood up to got their cabin baggage get ready to leave the plane but the captain then came on speaker and ordered all passengers to sit down, which they did.

"Shortly after a man boarded wearing a hazmat suit and gloves and walked down the plane, took a Chinese passenger from his seat and walked him back up the entire plane and exited at the front meaning the man passed lots of passengers during his retrieval.

"I could see ambulances, airport police and members of the garda siochana [Irish police] on the tarmac.

"The man was quickly taken into the ambulance but it remained on the airport tarmac for a very long time.

"We had still been left in the dark completely but obviously I suspected what the likely problem might be.

"A while later we were told that there was a possible case of coronavirus being brought to hospital from our flight and we were given a leaflet about what to do."

The Health Service Executive (HSE) would not confirm any details related to the patient but told BreakingNews.ie they have a "protocol in place" to activate any plan at ports of entry into Ireland.

Leaflets, from the Health Protection Surveillance Centre (HSPC), were given to the other passengers who disembarked the flight, which landed just after 9pm on Saturday (Feb 1).

Passengers told the Irish Times these leaflets advised them to “avoid contact with other people as much as possible tonight”.

The passengers would be contacted by a public health doctor the next day, Sunday.

They were also told to stay in their homes or hotel room if they became ill, “especially with cough, sore throat, breathlessness or high temperature”, and to call a doctor or 999, mentioning that they had been on that flight.

A man flying on a Moscow flight, whose journey originated in China, is being held under observation in Dublin.

Noonan, the passenger who spoke with the Daily Mail, added "It was almost two hours after we landed before we left the aircraft and made our way through passport control to baggage reclaim.

"Nobody who dealt with us in Dublin was wearing any personal protective equipment or even gloves when handling our passports."

A statement issued by the HSE on Sunday said: "To date, there are no confirmed cases of Coronavirus in Ireland."

It went on to say "Ireland has advanced plans in place as part of its comprehensive preparedness to deal with public health emergencies such as novel Coronavirus (2019-nCoV).

"These plans have helped us to respond to previous incidents such as pandemic influenza, SARS and MERS."

Ireland's National Public Health Emergency Team will meet on Tuesday "to continue its review of Ireland’s ongoing preparedness in line with the advice from the WHO and the European Centre for Disease Prevention and Control (ECDC)."

According to the Irish Times the first death outside China, a 44-year-old Chinese individual in the Philippines, brings the total death toll due to coronavirus up to 305, with 14,564 cases now confirmed.

The head of the World Health Organization emergency team, Dr Michael Ryan, who hails from County Sligo, has said he has "every confidence" in the public health authorities in Ireland to make the right preparations to combat coronavirus.

He told the Times “We handled Sars quite well and sensitively... A key thing is for doctors and emergency departments to be in a position to be alert for, and to detect, cases.”

Ryan added that the WHO does not support entry screenings at ports and considers exit screening more effective.

He told the Times “If it is used as part of a broader set of measures, that’s fine, but entry screening alone is certainly not enough. You can’t just put up a few thermal cameras. The real point of entry for cases is probably in the GP surgery or the emergency department when someone shows up.”

The WHO emergency team leader added that hand hygiene is more useful in preventing the spread of the virus than wearing face masks.