Gilead, a California-based drug company led by Irish American Daniel O’Day, may have a treatment that is effective for COVID-19. 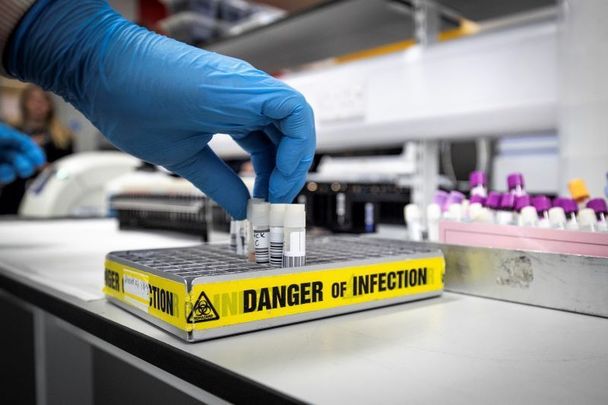 WHO has stated that the Gilead drug remdesivir was the only one they had seen that had a chance to impact the coronavirus. Getty Images

Gilead, a California-based drug company led by Irish American Daniel O’Day, may have a treatment that is effective for COVID-19, according to a report from The Wall Street Journal.

Previously, the World Health Organization had stated that the Gilead drug remdesivir was the only one they had seen that had a chance to impact the coronavirus.

At a press briefing in Beijing in February, WHO assistant director-general Bruce Aylward said: “There is only one drug right now that we think may have real efficacy and that’s remdesivir.”

In addition, Military Times is reporting that “U.S. Army Medical Research and Development Command has signed an arrangement with Gilead Sciences to provide the company’s investigational coronavirus drug to U.S. troops confirmed to have the COVID-19 virus.”

Now The Wall Street Journal journal reports that remdesivir had a dramatic impact on 14 Americans being treated in Japanese hospitals after being taken off a cruise ship. The drug had not proven effective against Ebola but has been repurposed.

The Journal reports that “Rear Adm. Richard Childs, an assistant surgeon general and lung specialist at the National Institutes of Health, said 14 Americans who contracted the virus on the Diamond Princess cruise ship and were treated at Japanese hospitals received the experimental drug from Gilead Sciences Inc. The drug is given by injections over 12 days.

Those 14 were “critically ill people and their average age is 75,” he said. “Many of them were probably going to die in a short amount of time, and two weeks later nobody has died and more than half of them have recovered. It’s just absolutely amazing.” But he cautioned, “It’s going to take us a while to figure out what the impact of the drug has been.”

A major test is underway in a cooperative deal between the US and China details of which will be available in March.

Daniel O’Day whose Irish ancestors came from Clare and settled in Montana, was previously CEO of Roche Pharmaceuticals before taking over his new job as CEO of Gilead in March 2019.

He was honored by our sister publication Irish America Magazine in 2017 as the annual Health and Life Sciences event and is a frequent visitor to Ireland.

“The perseverance of my Irish ancestors is a daily motivation to me professionally and personally,” O’Day said.