The Corkman Irish Pub in Melbourne, Australia will not be rebuilt after it was illegally demolished by developers in 2016. 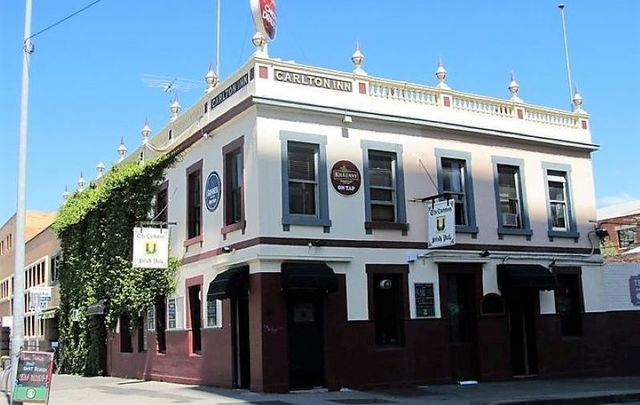 The Corkman Irish Pub - pictured here in 2014 - was illegally demolished in 2016. @TheCorkmanIrishPub, Facebook

The Corkman Pub in Melbourne, Australia first opened in 1858 and was for a long time considered the epicenter of Irish heritage in the city.

The Corkman Pub, a historic Irish pub in Melbourne, Australia, will not be rebuilt after developers illegally demolished it back in 2016.

Australian newspaper The Age reports that developers Raman Shaqiri and Stefce Kutlesovski demolished The Corkman without proper permits in October 2016 after purchasing it for  AUS$4.8 million in 2015.

The duo of developers pleaded guilty to illegally demolishing the pub and were fined AUS$1.3 million, which came in addition to an earlier AUS$600,000 penalty handed down from an Environment Protection Authority prosecution after they failed to deal with asbestos.

The Corkman was considered the epicenter of Irish music and culture in Melbourne and had hosted a weekly traditional Irish music session for about 14 years:

The pub was so beloved that patrons hosted an "Irish wake" in the days after its demolition in October 2016:

A hearing regarding the future of the site was supposed to commence on June 3, but the developers and lawmakers instead reached an agreement this week, which stipulates that the developers clear the site and erect an "informal outdoor reaction" area there by November 30.

The developers - referred to by some as the 'Corkman Cowboys' - can still potentially turn a profit on the site as it has been cleared for the building of 12-story tower.

The Age does add: “If the pair do not begin re-developing the site by mid-2022, they will be forced to rebuild the external parts of a two-level pub ‘as nearly as practicable to the condition they were immediately before their unlawful demolition.’”

Read More: These Irish pubs are nowhere near Ireland

Despite initially attempting to get the Corkman rebuilt, Planning Minister Wynne told ABC Radio Melbourne: "The enforcement order to reconstruct the pub was found ... not to be legally sound. The planning system cannot be used to punish these egregious behaviors.”

"We have taken the action needed to ensure this iconic site is given back to the community and continues to be a space the public can enjoy into the future.”

"These cowboy developers have already been subject to record fines — this order requires them to make good on the site and sets strict controls on any future developments."

When The Corkman, a longtime watering hole for students at the nearby Melbourne Law School, was demolished, law students Duncan Wallace and Tim Matthews Staindl attempted to take matters into their own hands.

Staindl launched a now-closed online petition in 2016 to see the historic building rebuilt which gathered more than 19,000 signatures. Though they’ve both since graduated from the law school, Wallace and Matthews Staindl are still engaged in the battle.

Following the agreement, the two issued a statement on the ‘Resurrect the Corkman’ Facebook page that read: “Developers across Victoria will be breathing a sigh of relief with this outcome.”

“A hearing in this case could have served as a useful legal precedent for future heritage cases and sent a message that, in Victoria, cowboy developers cannot profit from their illegal activity.”

They added: “The settlement opens the door for the developers to profit from the illegal demolition of the Corkman Irish Pub.”