Cork Penny Dinners once again saw to it that people in need had a warm, friendly place to go - and a hot meal to eat - this year on Christmas Day. 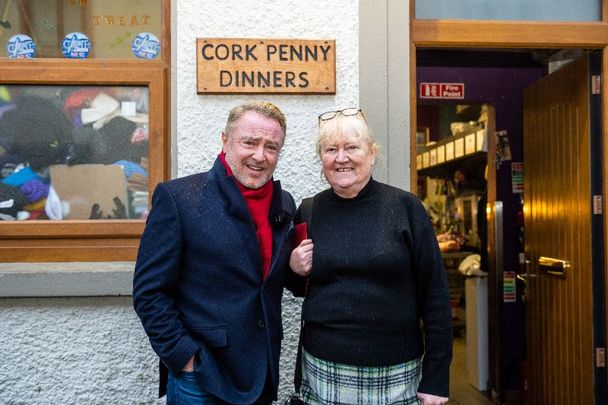 The Cork Penny Dinners Christmas event is being hailed as a “miracle” after more than 50 volunteers helped serve more than 1,000 hot meals on December 25.

“Everyone in Penny Dinners would like to offer our heartfelt thanks to all who helped to create a miracle on Little Hanover Street this Christmas, against all the odds," Caitríona Twomey, trustee and volunteer coordinator, told Cork's Echo Live.

One of Cork's oldest charitable organizations, Cork Penny Dinners says it serves up to 2,000 hot, nourishing per week to help all who struggle and those in need.

The facility at 4 Little Hanover Street in Cork City is open seven days a week, 365 days a year providing services free of charge to those that need them.

"We never judge, we serve," the organization says.

Ahead of Christmas this year, Twomey told the Irish Examiner that she was “alarmed" by what people were facing this holiday season.

“People should not be worried about reaching out to us," Twomey said. "We’ve heard every story you can possibly hear.”

Among those who stopped in to lend a hand - as well as a donation - this Christmas Eve was Irish dance superstar Michael Flatley, his wife Niamh, and son Michael St. James, CorkBeo reports.

The Flatleys called into the soup kitchen before visiting with the volunteers.

"It was lovely to see Michael and his family," Twomey said. "He's a very kindhearted person and he never wants to forget the people in need." 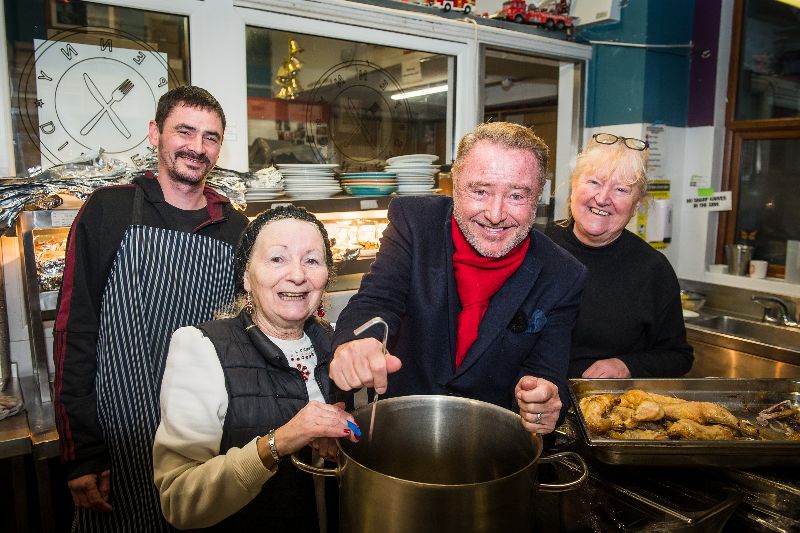 On social media, Cork Penny Dinners shared a festive clip of their Christmas day showing just how warm and friendly of an environment they offer:

Twomey said the day would not have happened without the work of volunteers, the gardaí, the Defence Forces, the Organisation of National Ex-Servicepersons, Executive Cars, Dunnes, Tesco, the River Lee Hotel, Il Padrino, and everyone who helped in any way.

You can learn more about Cork Penny Dinners, including how to access its services and how to donate, here.