WATCH: Is this gas station in Co Cork haunted?

CCTV footage from a gas station in Co Cork shows items flying around the shop at night. 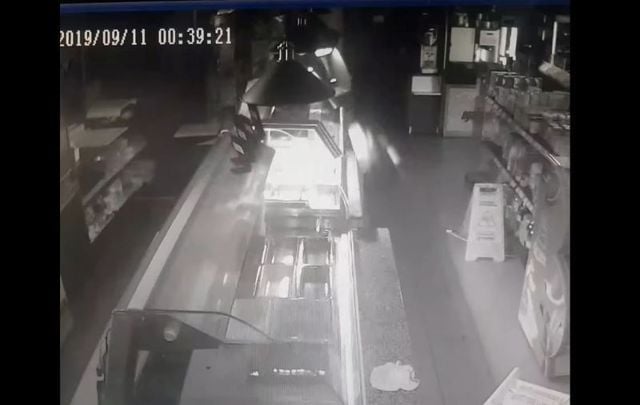 The gas station in Mayfield has shared two different videos on its Facebook page showing what some are saying is 'paranormal activity.'

Read More: WATCH: Irish woman married to the ghost of a pirate divorces him through exorcism

Tolison's shared this brief video on September 11 showing quite clearly some rice cakes falling off of a shelf, despite no one being around:

On September 14, a video from a different angle showed similar unexplained happenings:

Read More: On This Day: Oliver Plunkett martyred in 1681 - was his ghost captured on video?

Tom O’Flynn, the shop’s owner, told Cork’s 96Red FM: "I started Wednesday morning and saw biscuits on the ground and thought nothing of it.

"Then went around and saw a large fruit bowl on the ground so we checked CCTV and it looks as though it was pushed off.

"I would have been very skeptical with things like this but I looked at all angles and I'm at a loss with this.

"This was at 12:30 at night and both incidents happened about 10 minutes apart.

"The bowl was full of bananas oranges and apples and it got pulled over and there was no one around.

"Jesus when I saw it my heart kind of pounded I didn't know what to make of it, I looked at all angles and couldn't get my head around it."

Read More: The haunting figure of the Lady in White of Kinsale

A representative from the Cobh Supernatural Investigators told CorkBeo: "Now Tom seems like a very honest man but the last thing we say about these things is they are haunted.

"We'd look at the possibility that they were stacking things too tightly the night before and if they were packed together too tightly and pushed things off the shelf."

The Irish Mirror notes that the shop is located right between two funeral homes - perhaps an explanation for the apparent 'paranormal activity!'

What do you make of the videos? Let us know in the comments!