Two cops in hospital after shoot-out in Dublin suburb

Two Gardaí are recovering in hospital after being shot by a male suspect in Blanchardstown, Dublin on Tuesday evening. 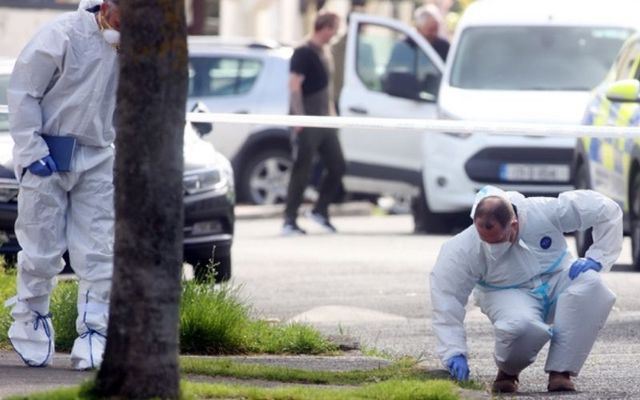 A male suspect in his late 30s is in police custody after injuring two Gardaí during a shoot-out in Blanchardstown, Dublin just after 7 pm on May 25.

The incident occurred in Whitechapel Grove in Blanchardstown after the two Gardaí detectives responded to reports that gunshots had been heard in the area.

After they arrived at the scene, the man fired shots from his house, injuring both Gardaí in the foot, while one was also wounded in the hand. 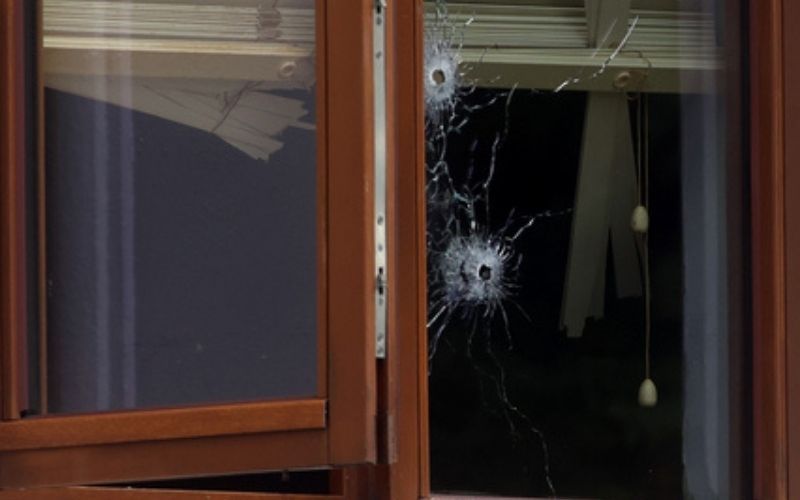 Bullet holes in a window at the scene of a shooting and siege at Whitechapel Grove, Blanchardstown, Dublin. Rolling News

Gardaí took cover behind a patrol car and there was an exchange of fire, with the car being struck a number of times by bullets.

The scene was sealed off and nearby houses were evacuated of residents.

Trained negotiators spoke to the man for over two hours before he agreed to come out with his hands up.

Two firearms - a pistol and a machine pistol - were recovered from the house.

#Garda Technical Teams arriving at the scene of last night's shooting on #Whitechapel Grove in #Blanchardstown. Two gardaí are in hospital this morning with non life-threatening injuries after a man opened fire from a residence. A man in his 30s was arrested after a stand-off. pic.twitter.com/4MBKxixUCw

The wounded Gardaí were admitted to hospital for treatment and their injuries are said to be non-life-threatening.

A Garda spokesman also confirmed that the suspect, a male in his late 30s, was arrested following the siege and remains in custody. According to RTÉ, the man is well known to gardaí for alleged involvement in serious crime.

Commenting on the policing operation, Garda Commissioner Drew Harris praised the bravery of the two gardaí who were first on the scene.

"I want to commend all the Gardaí involved in securing a successful outcome to this firearms incident. In particular, the bravery of the two detectives who were first on scene.

"This was another in a long line of examples of Gardaí putting themselves on the line to keep people safe. I want to wish them a speedy recovery."