"David Fortune jumped through his family home’s front window after the knife attack on his 62-year-old father." 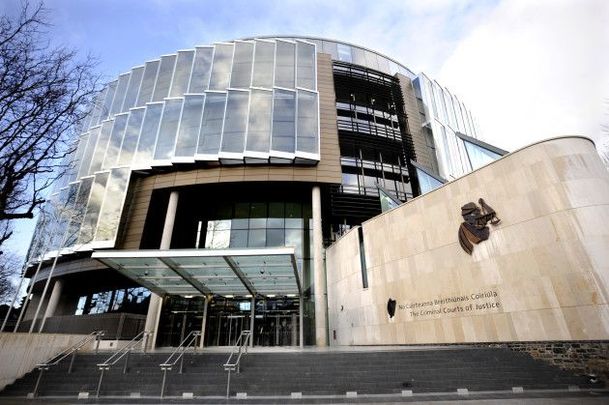 A convicted killer who stabbed a man to death when he was a teenager was this week jailed when he killed his own father.

Dublin’s Central Criminal Court heard that 33-year-old David Fortune jumped through his family home’s front window after the knife attack on his 62-year-old father Gerry Fortune, hijacked a car from a woman and drove to hospital without at any time seeking help for his father whom he had seriously injured.

The father, Gerry, was watching an All-Ireland hurling final on television when the attack happened following two days of heavy drinking and drug abuse by his son on August 19, 2018.

The court was told the accused and a number of other people were in a granny flat at the rear of the house in Crumlin, Dublin, “drinking and drug-taking” on the day of the fatal assault. David Fortune began hallucinating and a row broke out and he entered the main house where his father, a hospital porter, tried to calm him down.

David’s half-sister, Laura Lambe, broke down as she recounted in evidence how the accused was shouting at her father, “Da, I’m going to die” and that her father replied: “You’re not going to die, son. Nobody is going to die today.”

She said her half-brother was “blank” and his eyes were “black” as he swung at his father with a knife and stabbed him in the neck.

David Fortune went on trial for murder but, following legal discussions between prosecuting and defense lawyers, pleaded not guilty to murder but guilty to manslaughter, a plea accepted by the court.

Justice Eileen Creedon was told that David Fortune had a previous conviction for manslaughter when he stabbed a man to death outside a bar in Blanchardstown, Dublin, in 2004. He was sentenced to eight years for that offense.

Defense lawyer Michael Bowman said David Fortune wanted to “unreservedly apologize to his siblings and half-siblings.” He never intended to kill his father, with whom he had a “strong relationship.”

Creedon said reports furnished to the court showed that David Fortune had limited insight into his offending, had shown a limited acceptance of his responsibility, and there was a high probability for future reoffending.

She set a headline sentence of 15 years but after considering Fortune’s early guilty plea, his expressions of remorse, efforts to seek employment and difficult family background, she reduced that to 13 years with the final 12 months suspended.

David Fortune’s sentence was backdated to his arrest in August 2018.