Conor McGregor's aunt did not die of Coronavirus

McGregor appeared to suggest that his aunt had died from the deadly virus. 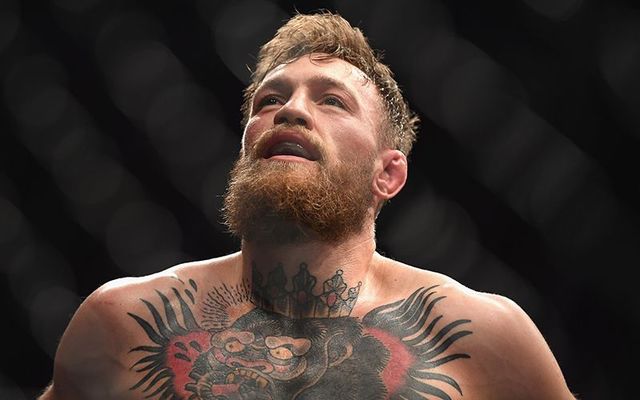 McGregor's aunt did not die from Coronavirus, he confirmed. Getty

Conor McGregor has clarified that his aunt did not die from Coronavirus after appearing that to confirm that she had in a social media post on Saturday.

The 31-year-old MMA fighter took to Instagram to pay an emotional tribute to his "lovely auntie Anne." In the post, McGregor appeared to suggest that his aunt had died from the deadly virus.

"This stupid f***ing virus," McGregor said in the post.

But he has since clarified that his aunt did not die from Coronavirus.

"I want to clear up that it has been confirmed she was not a victim of coronavirus," McGregor said.

"I am grateful for the kind wishes and sympathy for my Auntie's passing."

McGregor said that many people would have to face the virus in the coming weeks.

"As we prepare for her funeral, I know that many of us will confront the virus in the weeks ahead."

In his original Instagram post, McGregor promoted better hygiene practices to avoid the spread of Coronavirus. He called on people to avoid touching their face and to avoid shaking hands with one another.

Ireland you amazing, amazing country. I believe we have this virus contained. And through this containment, we actually may have gone and contained them all. The good habits we will have now gained from this wild covid-19 attack will see us too strong in future. Hand hygiene. Touching of own face hygiene. Consistent thorough cleaning of handled areas hygiene. What we should really be all doing anyway. I have always been on with my hand hygiene. But not enough. If I think of all the people approaching to shake hands and what not. I often get people say to me please I don’t want a picture, just let me shake your hand. And I’m like yes friend thank you. As it’s more efficient than taking a full picture. But it’s too careless. And too frequent. Touching my own hand to my face as well. Too unaware of the frequency I’d do it. Until now. I’d train my ass off, to the point of low immunity. It’s inevitable with the intensity of the training. The immune system will be tested. I would float around in this manner, and always end up catching little colds and flus. I feel bullet proof right now though! I’m switched on like a motherfucker now. Stay vigilant on our personal hygiene people. And our personal space. God speed to us all ❤️ We are not there yet but we are well on our way. On our way in a big way! To the people of the world. We will do this! We are doing this! It’s done. We did it. Congratulations! Oh And it’s summer time now too. Wow! Oh and Who am I fighting. ... These photos are from a few days ago at a studio in Dublin’s City centre. I was to announce to the world my @properwhiskey donation to @Tunnel2Towers. A great day! A proud day, I brought my family with me to the studio. Sitting in the chair about to beam live to all the U.S morning talk shows, I get a phone call telling me that my lovely little auntie Anne had passed away. I couldn’t go live anymore. My poor little friendly loving auntie. My mother’s sister. This stupid fucking virus. What the fuck is happening. I took my family to bull island. Looked out at the sea. Took a deep breath. Thank fuck! Lord thank you 🙏 Stay tight people! We are all we got ❤️ Rest in Peace Anne Moore I love you

He said that Ireland would come back stronger from the crisis and said that he believed that the virus has already been contained in the "amazing" country.