Conor King died after sustaining head injuries during a tragic fall down a 50-foot blowhole in Co Cork on Saturday. 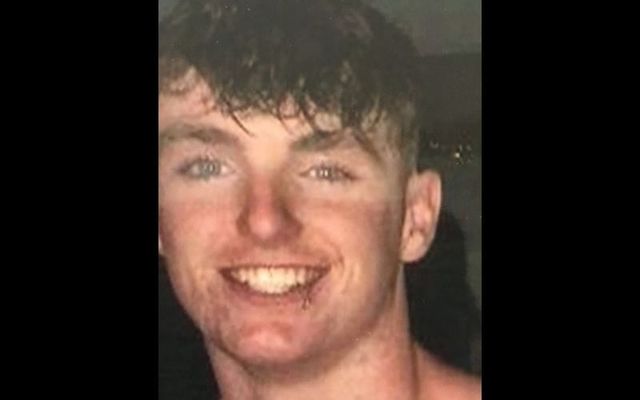 Conor King died after suffering a fall near the Old Head of Kinsale in Cork. RIP.ie

Tributes have been paid to a 22-year-old student who tragically died after falling into a blowhole in West Cork in a freak accident.

Conor King, a lifeguard and Munster Technological University student from Douglas in Cork City, suffered head injuries from the fall down the 50-foot blowhole on a cliff near the Old Head of Kinsale on Saturday evening.

King was part of a group of 10 or more people who were camping close to Garretstown Beach on Saturday and it is believed that he didn't see the entrance to the blowhole as he walked along the cliff-top in the gathering darkness on Saturday evening.

His friends raised the alarm at around 11:30 pm and multiple agencies, including local fire services, gardaí, and the coast guard, attended the scene in an attempt to rescue him from the water.

Divers recovered his body shortly after midnight following an arduous rescue operation. He is understood to have died instantly from the fall and was pronounced dead at the scene despite attempts by paramedics to resuscitate him.

His body was removed to Cork University Hospital where a post-mortem is due to be carried out on Monday.

Emergency services were able to rescue King's friend after he got into difficulty during a brave attempt to save King's life. The 23-year-old man was treated for non-life-threatening injuries and hypothermia at the scene and is now recovering in hospital.

An obituary for King says that the 22-year-old passed away on April 24 following an accident. He is remembered as "beloved son of Maura (nee Duffy) and Eamonn, loving brother of Áine, gorgeous grandson of Dinny, Elma, Alphonsus and the late Kathleen. Sadly missed by his loving family, aunts Leona and Denise, Uncles Des, Brian and Stephen and their families, relatives and his amazing friends."

King worked part-time as a lifeguard in the leisure center at Rochestown Park Hotel in Cork, who said in a Facebook post that he was "a hugely popular figure amongst members and staff alike."

Dr. Dan Collins, the head of Student Affairs at the Munster Technological University, paid tribute to King, who was a third-year biomedical engineer student at the college.

In a statement issued via email, Dr. Collins said: "Our thoughts are with Conor’s family to whom we offer our deepest sympathy, and with his friends, as well as his classmates at MTU, and colleagues at the Department and the Faculty.

"We will continue to keep Conor’s family in our thoughts as well as the other young man currently recovering."

Local independent councilor Alan Coleman told the Irish Examiner that residents were shocked by the fall and described the incident as a "real tragedy".

Conor King was just four days away from celebrating his 23rd birthday.