Tully Church in South Dublin dates back to the 6th century. 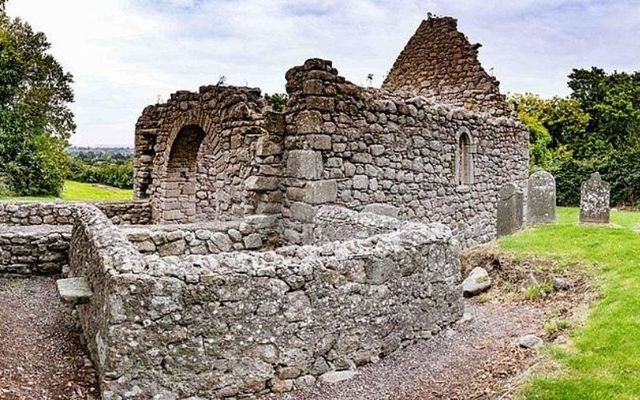 The Office of Public Works (OPW) has claimed responsibility for the preservation of a 6th-century pre-Anglo-Norman church in Dublin, ending days of confusion after the minister of state in charge of the OPW initially rejected responsibility.

Fine Gael's Patrick O'Donovan, the Minister of State in charge of the OPW, told the Dáil that the OPW had rejected responsibility for Tully Church and a number of ancient stone crosses in Laughanstown, County Dublin.

O'Donovan was facing parliamentary questions from Cormac Devlin, a Fianna Fáil TD representing Dun Laoghaire, who raised concerns over the matter and said that he worried about the church's future.

"I have not been able to find out who, if anybody, is responsible for addressing heritage concerns in this area," O'Donovan told Devlin, causing concern over the site's future.

Tully church and the surrounding stone crosses form the focal point of a planned park in the Cherrywood-Laughanstown area as part of the Cherrywood strategic development zone (SDZ) in South Dublin, further adding to Devlin's concerns over the site.

A plinth on the 10th-century cross bears a plaque dedicated to James F Grehan who "saved this Celtic cross". The plaque is dated 1897 and bears an OPW logo.

However, Patrick O'Donovan said that, while the OPW was responsible for more than 700 heritage sites across the country, it had no records of Tully Church or the nearby statues and crosses.

Furthermore, O'Donovan said that the OPW had not been consulted in the creation of Cherrywood SDZ and was not responsible for the protection of heritage at a national level.

An OPW spokesperson has since told IrishCentral that the OPW is responsible for Tully Church and the nearby historic structures and said that there had been frequent contact between the OPW and relevant local authorities over the creation of the Cherrywood SDZ.

"The Office of Public Works is responsible for the care and maintenance of both the Tully Church and the nearby historic structures," the spokesperson said. "The impression created in recent media reports that this responsibility is not being fulfilled is therefore inaccurate.

"OPW has in fact been involved in discussions for some time with the relevant authorities at Cherrywood in relation to how best to protect these Monuments," the spokesperson continued.

"The discussions have centered, in particular, on the need to create a protective area around the historic sites to ensure that both they, and their surrounding setting, are protected from any proposed building development."

Cormac Devlin, who raised the issue in the Dáil, told IrishCentral that he was very concerned about the future of the ancient monuments. Devlin also said that there has been frequent communication between Dun Laoghaire County Council and the OPW over the Cherrywood SDZ.

"If official engagement and discussion isn't had about the site, I have fear for the building and the surrounding artifacts. There should be far more engagement given the fact that that site is an active development site and that there's construction happening all around it. There is a need to ensure that the plan that was adopted a number of years ago is being adhered to.

"I think that, given the historical significance of the church, the OPW absolutely should be involved as well as the National Monuments Service. It's a dual approach from the government to ensure that it has regular contact with the council."