Where you should celebrate St. Patrick's Day in New York

The city that never sleeps will be painting it green this St. Patrick’s Day. Where are the best places to go on March 17 in NYC? 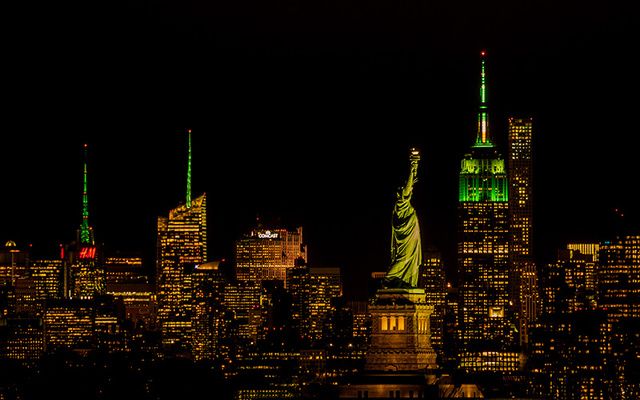 The city that never sleeps will be painting it green this St. Patrick’s Day. Where are the best places to go on March 17 in NYC? iStock

Widely regarded as the place to be on St. Patrick’s Day, even beating out most of Ireland itself on many lists, New York is home to not only the largest St. Patrick’s Day Parade in the world but the oldest as well. St. Patrick’s Day 2017 is set to be no different and although the parade will be the main spectacle for many, with such a massive Irish population within the city, you can be sure that there is plenty else happening.

If you’re visiting the city on March 17, have just moved here, or are looking to change up your St. Patrick’s Day 2017 celebrations, we’re sure there’s something for you here:

Pick up a free book courtesy of the Irish Arts Center

The Irish Arts Center, based in Hell’s Kitchen, Manhattan, will be asking you to “re-Joyce”, “go Wilde” and to “drink something NOVEL” this St. Patrick’s day with their annual IAC Book Day. Gifting free books to New Yorkers at locations spread all over the city, you can #getLit in a different way by taking advantage of their generous 10,000-book giveaway and remembering all the great songwriters, poets, dramatists, and novelists the Emerald Isle has produced.

You can find all the information and locations where books will be handed out at http://irishartscenter.org/getlit/.

Irish rebel and politician Eamon de Valera is believed to have been saved from the firing squad following his role in the 1916 Easter Rising because of his status as an American citizen. Visit the place of his baptism, St. Agnes’ Church on 143 East 43rd St this St. Patrick’s Day to remember our country’s growth from St. Patrick, to De Valera, and beyond, with their annual Irish-language mass.

Each year the mass has a speaker leading the Irish responses as well as a program, so even the less fluent of us can follow events, while a choir will add to the ceremony.

Mass will begin at 9.30am. More information can be found here.

The Merchant’s House Museum in Greenwich Village, formerly known as the Old Merchant's House and as the Seabury Tredwell House, is the only nineteenth-century family home in New York City preserved intact — both inside and out. On March 17, it will be completely taken over with the history of the Irish servants who used to work there.

Guided tours at 12.30 pm. 2 pm and 3.30 pm will offer up “A Tribute to the Tredwells’ Irish Servants with Bridget Murphy” taking a backstairs tour and experience of the Merchant’s House through the eyes of the Irish immigrants who worked as domestic servants for the Tredwell family. You’ll climb the narrow staircase to the fourth-floor servants’ quarters and see where the Tredwells’ four Irish servants lived.

The “Spirit of the Irish” Candlelight Ghost Tour” at 6.30pm will venture into the shadows of history to see the house where eight family members died and hear true tales of inexplicable occurrences from the people who actually experienced them. Many of the most peculiar occurrences have been related to the Tredwells’ Irish servants, and so this special tour will include the 4th-floor Servants’ Quarters.

Watch the oldest St. Patrick’s Day parade in the world

No list of St. Patrick’s Day events in NYC would be complete without the main parade along Fifth Ave. With Limerick native Michael J. Dowling, President and CEO of Northwell Health, as its Grand Marshall this year, the main event will step off at 44th St and 5th Ave at 11 am taking in St. Patrick’s Cathedral and Central Park along its route to the finish line at the American Irish Historical Society at 79th street.

Spend an evening with Gabriel Byrne, Colum McCann, Maeve Higgins and many more

Tickets are $15 with proceeds going towards ACLU. More information and tickets can be found at www.irishstand.org.

Up until March 19, the One World Observatory (top three floors of One World Trade Center) are offering up fantastic St. Patrick's Day packages providing special presentations on Irish New York history while you enjoy phenomenal views of Manhattan.

Three ticket packages will be available this week; "Passport to Ireland", "Irish Passport" and "Irish Pride".

The “Passport to Ireland” package offers an exclusive, VIP tour of One World Observatory, featuring fun facts and trivia about Irish New York from a certified tour ambassador, an Irish Pride pin, beer voucher, commemorative One World Observatory glass and access to a specially priced beer offer (available for 21 & older).

For those over the age of 21 and looking to raise a glass and skip the lines, they can purchase an “Irish Pub” package, which features priority admission, Irish Pride pin, beer voucher, commemorative One World Observatory glass, and access to a specially priced beer offer.

Anyone of any age can skip the line by purchasing an “Irish Pride” package, which features priority admission and Irish Pride pin, all for the cost of a Standard Admission ticket. For families bringing children, City Pulse ambassadors will be on-hand to lead engaging, educational presentations filled with Irish New York history for visitors.

You can find more information on the special Irish tickets to the Observatory here.

Break from the stereotype and enjoy a Sober St. Patrick’s Day

Go on, have a cuppa.

We all get tired of being stereotyped as the drunk Irish so why not lead the way this St. Patrick’s Day by avoiding alcohol altogether. Hoping to reclaim the day, the NYC event offers an alcohol-free space for families, for those recovering, or for anybody who doesn’t feel like being on a bar crawl on March 17.

More information can be found at www.soberstpatricksday.org.

Spend your night dancing to a great Irish band

You will find a host of Irish groups and musicians playing across the city on the night itself that are sure to having you dancing until the wee hours of the morning.

Enjoy the best of Irish theater

In the W. Scott McLucas Studio Theatre, they present “Crackskull Row” by Honor Molloy, directed by Kira Simring. Melding reality and myth, “Crackskull Row” is the story of an Irish family’s desperate actions and forbidden loves, “exploring rage, dissolution, sexual perversity and family history with a bleak and penetrating acuity.”

The other show offered is Eugene O’Neill play “The Emperor Jones”  the story of Brutus Jones, a despot who ascends the throne using lies, intimidation and the politics of fear.

Featuring the very best of Irish talent, you can find more information on both plays here.

Laugh till you cry with some great Irish comedians 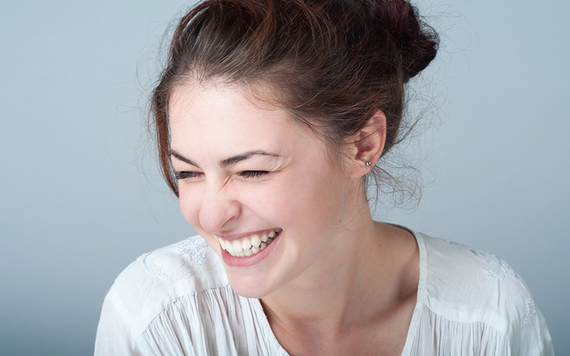 Take the short subway journey out to Astoria, Queens, to laugh along with a host of Irish comedians. If you enjoy the Irish sense of humor then this is definitely for you!

The show will begin at 9.30pm. Tickets only cost $8 and can be purchased here.

Get out on the water on a St. Patrick’s Day cruise

Enjoy a cruise on the Hudson with some tasty brews, classic Irish corned beef and cabbage, and a live DJ, all while taking on the amazing views of the Statue of Liberty and Brooklyn Bridge and avoiding the manic crowds of the Midtown Irish bars.

Departing at 6.30pm and costing between $49 and $89, the cruise is offered by Circle Line Sightseeing Cruises.

Embrace the horror of the leprechaun myth

We’re sure whatever you do on St. Patrick’s Day 2017 in New York, you’ll come across some pretty scary-looking leprechauns but none quite as terrifying or cringe-inducing as the monster found in the gory 2000 cult favorite “Leprechaun in the Hood”.

Showing in the Nitehawk cinema in Williamsburg, this Rob-Spera directed film is a sequel to that infamous Leprechaun who attempted to kill Jennifer Aniston in one of her earliest roles.

More information on the midnite screenings can be found here.

How will you be spending St. Patrick's Day? Let us know in the comments section.