Footfall tripled at some of Ireland's most popular forest parks during 2020 due to the COVID-19 pandemic. 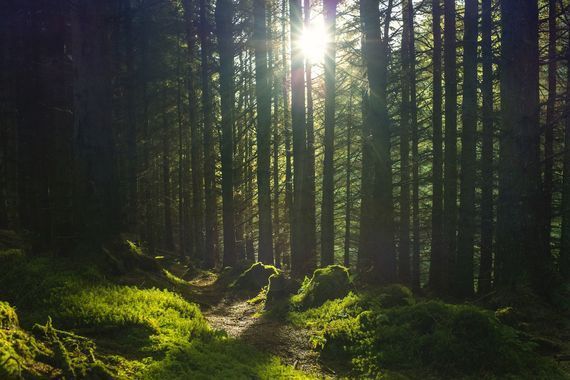 Ireland's forest parks experienced a surge in visitors during the pandemic. Getty

Ireland's forestry service has announced Ireland's 50 most popular forest parks of 2020, with visitor numbers skyrocketing since the outbreak of the COVID-19 pandemic.

Rossmore Forest Park in County Monaghan was the second-most visited park in Ireland last year and experienced a 138% increase in visitor numbers, jumping from just over 10,000 visitors in February to more than 24,000 in December.

Meanwhile, visitor numbers in Donadea Forest Park in County Kildare jumped from 4,700 in February to 14,300 in December - a staggering increase of more than 200%.

Curragh Chase Park in County Limerick also experienced a 200% increase in footfall last year, with figures jumping from 2,300 in February to 6,700 in December.

The true figure is likely to be much higher than the 2.2 million visitors recorded by Coillte's infrared sensors at each of its 50 most popular parks.

Imelda Hurley, CEO of Coillte, said that the organization was "delighted" to see an increase in visitor numbers and said that forest parks played an important part in people's mental health.

"We’re delighted so many people are using their local forests more during this difficult and prolonged COVID lockdown," she said in a statement. "Healthy forests are not only beautiful to look at but provide a much-needed physical and mental wellness boost.

"This is particularly important right now. We’re glad people’s local forests are a healthy and positive outlet for them. We simply ask that Covid-19 restrictions be adhered to when visiting."