Ciaran Marron and his partner Rita Simmonds discovered the bottle when they were walking on a beach in Machaire Uí Rabhartaigh in January 2022. 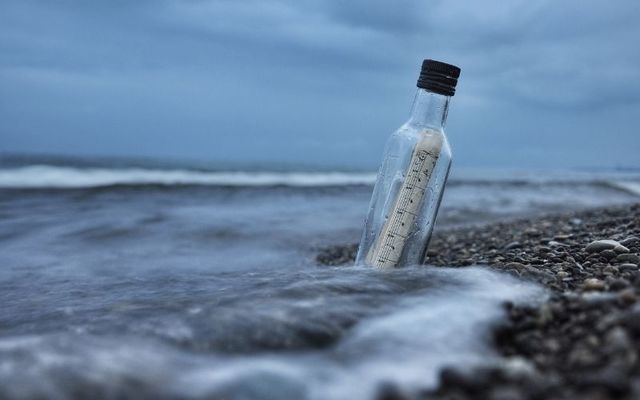 A US teen who throw a message in a bottle into the Atlantic Ocean off the coast of Maryland more than two years ago has flown to Donegal to meet the Irish couple who found it while walking on a remote beach.

Ciaran Marron and his partner Rita Simmonds discovered the bottle when they were walking on a beach in Machaire Uí Rabhartaigh in January 2022.

Sasha Yonyak, a young teenager from Ocean City in Maryland, threw the bottle into the Atlantic Ocean with his fisherman friend Wayne in 2019.

The bottle included an American $1 bill tied up in a bow and a note, which included a phone number that belonged to Yonyak's friend Wayne.

However, Wayne has since died and the number was disconnected, making it more difficult for Marron and Simmonds to track down Yonyak.

"I looked up the business that Wayne had owned that the phone number belonged to.

"I looked it up on Google Earth and found the street scene and I looked at the shop next door to the one that had now closed, and I rang them.

"The message in the bottle had a name, I had a phone number. It took us about a week to track him down, but we finally got him through a reporter in Ocean City, Maryland."

Marron said it is "amazing" that Yonyak is currently in Donegal with his father Vladimir.

Marron, Simmons, Yonyak, and his father all visited the beach where the bottle was found on Friday.

Speaking ahead of the trip, Marron said he believed it would be "quite an emotional time" for Yonyak, especially after the death of his friend.

Yonyak was planning to put another message in a bottle and throw the bottle out to sea.

Marron told RTÉ that the bottle Yonyak used to send the original message was one that he found on a beach in Maryland.

"But the message just simply said pass it on. So, he put a new message in the bottle and so this is its second delivery.

"If it goes again, it's away on the third trip."