The rising cost of funerals in Northern Ireland and Ireland 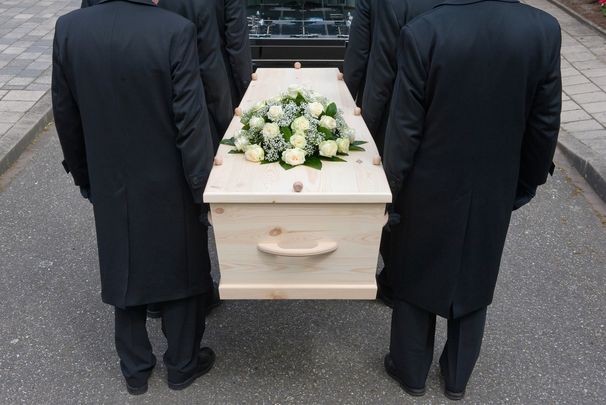 Planning a funeral in Northern Ireland is a costly business. Getty

It’s a cheerless subject, however, something we will all need to consider at some point in our lives.

Especially as the overall cost of dying in Northern Ireland has increased by a whopping 57 percent since 2007.

This is not surprising when the average cost of a funeral increased by more than 120 percent since 2004.

But it is a concern that wages are not increasing in line with the cost of dying, placing many people in debt after paying off expensive funeral bills.

In 2018 alone, the cost of a basic funeral in Northern Ireland increased by over eight percent, bringing the price up to $3969 (£3231). This figure accounts for funeral director fees, the cremation or burial, as well as doctor and minister fees.

Additional send-off costs include the memorial, flowers, catering, order sheets, extra limousine hire and so on. These elements can make up to almost 25 percent of the overall cost of dying, and are usually paid for by loved ones.

In Ireland, a basic funeral costs on average $4508, however, the cost does vary greatly across the country. The highest average funeral costs in Ireland were $5549 in Sligo and Clare, while the lowest of $3782 was found in County Wexford.

Records suggest that the cost of dying will continue to rise

But there is some reassurance. Many Irish funeral directors provide the option for you to pay for your funeral in advance (at today’s current rate).

In Northern Ireland, it is possible to take out a set funeral plan to cover the costs of funeral director services, the ceremony, transportation for the family and a coffin.

The best part is that the amount paid today for a funeral plan will still cover all the above services and costs whether you pass away in three years or 35 year’s time.

Many suppliers will provide different payment options. For example, Reassured in the UK who offer Co-op funeral plans have payment plans that allow you to either spread the cost or to just pay everything up-front.

Another benefit of having a plan is that you would be able to make all the arrangements of your own funeral, relieving your family from this responsibility during a difficult time.

And yet, only 13 percent* of people in Northern Ireland have a funeral plan in place?

A life insurance policy could be an alternative way to protect your loved ones from the cost of a funeral. There are various options including term life insurance, the whole of life and over 50s insurance.

Each cover type is suited to a different purpose depending on your personal circumstances; however, end of life costs may be a factor to consider when calculating how much life insurance you need.

Many of us are guilty of brushing off the topic of our death, and this is understandable. However, when faced with the reality of how our family would cope financially when we pass away, then making the decision to invest in a funeral today seems like a smart choice.

If you do choose this route, then it is important to compare quotes from a variety of funeral plan and life insurance providers to find the right cover type for you.

You can do this yourself online, use a comparison website or an FCA registered broker such as Reassured.