“We are close to the 10,000 milestone with less than four hundred signatures to go,” said one of the main organizers of the campaign, Martin Durkan. 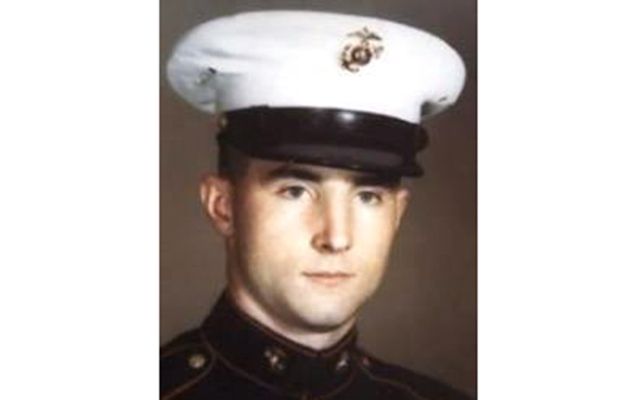 The petition aimed at securing a U.S. Navy destroyer named after Vietnam War hero Patrick “Bob” Gallagher is fast closing in on its first target – that being 10,000 signatures.

“We are close to the 10,000 milestone with less than four hundred signatures to go,” said one of the main organizers of the campaign, Martin Durkan.

“We hope to submit the petition at the end of September when a window of opportunity will open,” he said.

Gallagher, a native of Ballyhaunis, County Mayo, was about to depart Vietnam and the war when his life ended on what would have been his last patrol.

A report on Gallagher and his bravery.

His hometown held Patrick Gallagher Memorial Day on March 30 last in memory of the Navy Cross and Purple Heart recipient.

Representatives of the U.S. Marine Corps and the Irish Defence Forces took part in that day’s commemorative events.

The anniversary commemoration came against the backdrop of the petition drive aimed at having Gallagher’s name affixed to a destroyer.

The goal has been to secure 10,000 signatures by the end of 2017, but it seems that not only will that mark now be achieved, but quite possibly surpassed at some point this summer.

The petition requests that the Secretary of the Navy consider naming a destroyer in Gallagher’s honor.

Gallagher, from Derintogher, Ballyhaunis, won the Navy Cross for heroism in Vietnam, but was shot dead while on Patrol in Da Nang on what would have been his final day “in country.”

The petition effort has been led by Martin Durkan, a Mayo native now living in California, and Dallas, Texas-based Dublin native, Marius Donnelly.

Thsi article originally featured in the Irish Echo. You can read more them here.