Peacockes Hotel in Galway will not be reopening to the public in order to provide accommodation for Ukrainian refugees who've arrived in Ireland after fleeing the Russian invasion. 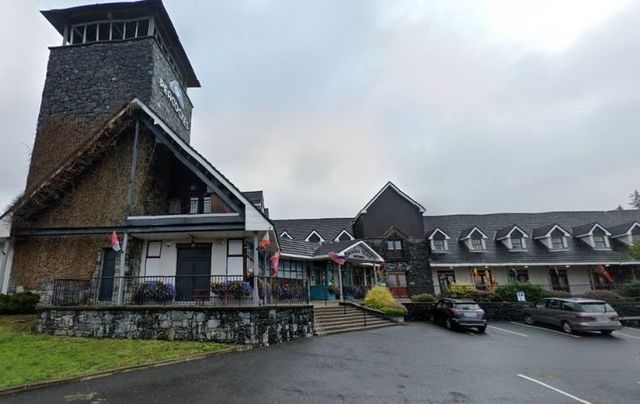 Peacockes Hotel in Connemara, Co Galway will close its doors to the public to accommodate Ukrainian refugees. Google Street View

A popular Galway hotel has shut its doors to the public for several months in order to provide accommodation for Ukrainian refugees.

Located in the heart of Connemara, Peacockes Hotel will not be reopening to the public on Friday, April 1, and will instead become an accommodation center for Ukrainian refugees fleeing the ongoing war with Russia.

"It has a been a difficult decision to make, but Peacockes Hotel will not be reopening to the public this Friday as we had been planned, and for the months ahead our hotel will be an accommodation center to house Ukrainian nationals who have been forced to flee their home country as a result of the ongoing war," the hotel said in a post on Facebook.

"We know we are going to be letting a lot of people down, those traveling into the area for overnight stays and our loyal locals who have shown such wonderful support since we took over the property in 2014, but we hope you will understand why we have made the difficult decision to close our hotel as we move to support those who need our hospitality most."

The hotel said its mart, filling station, and food truck would continue to operate as normal despite the announcement.

It has a been a difficult decision to make, but Peacockes Hotel will not be reopening to the public this Friday as we...

Far from feeling let down, Peacockes Hotel customers heaped praise on the hotel for its "compassionate decision".

"That's a wonderful thing you are doing. I hope the community will respond by sending more customers your way," one Facebook user said.

"What a compassionate decision! Is there a way that people can send donations to help defray unsupported costs?" said another.

Dog abandoned for being "gay" rescued and renamed Oscar Wilde