Sometimes referred to as "Putin's brain", Aleksandr Dugin is a political analyst and strategist who was believed to have been the brains behind Russia's annexation of Crimea in 2014. 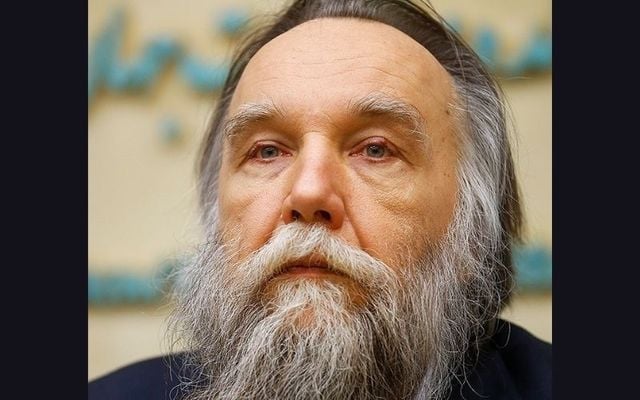 Sometimes referred to as "Putin's brain", Aleksandr Dugin is a political analyst and strategist who was believed to have been the brains behind Russia's annexation of Crimea in 2014.

Dugin, 60, has been a leading figure of Europe's "New Right" for the past three decades, inspiring the rise of the alt-right in the USA.

In his 1997 work "The Foundations of Geopolitics: The Geopolitical Future of Russia", Dugin set out his plans for Russia's foreign policy, calling for Russian agents to foment racial, religious, and sectional divisions in the United States in addition to exploiting historical rifts in the United Kingdom.

Dugin wrote that Russian psyops should focus on damaging relations between Britain and continental Europe while also promoting separatists movements in Scotland, Wales, and Ireland.

He also planned to make Western Europe increasingly dependent on Russian oil, gas, and food, causing NATO to collapse from within.

Dugin's belief are based on the notion of recapturing the "glorious past" from the liberal and cosmopolitan present, writes  Washington Post columnist David Von Drehle.

Von Drehle remarked in a recent op-ed that Putin has followed Dugin's instructions to the letter, sewing discontent in the US and the UK in addition to increasing Germany's dependency on Russian gas.

Putin even insisted that the Foundations of Geopolitics be installed as the official textbook for the Academy of the General Staff of the Russian military.

It appears as though the Russian President has now turned his attention to another phase of Dugin's writing; "resolving the Ukrainian problem".

"Ukraine as an independent state with certain territorial ambitions represents an enormous danger for all of Eurasia," Dugin wrote, stating that it was "senseless to speak about continental politics" before resolving the problem in Ukraine.

Dugin wrote that conflict in Ukraine would cause a gradual division of Europe between countries under German or Russian influence.

He wrote that Germany's dependancy on Russian gas and oil would ultimately allow Russia to pick up the pieces in Europe and create an empire strecthing from Dublin to Vladivostok near the borders of China and North Korea.

Von Drehle notes that Putin's "double-dealing" in the Middle East is directly influenced by Dugin's idea of a Moscow-Tehran Axis, while his "seduction of the nationalist government in New Delhi" reflects Dugin's call for a Eurasian empire stretching to the Indian Ocean.

He also notes that Dugin calls for the fall of China for Russia's plans in Asia to succeed.

According to Dugin, Russian dominance in Asia will be predicated on "the territorial disintegration, splintering and the political and administrative partition of the [Chinese] state".

Considering Europe has put up a united front against Russia in the weeks following the invasion of Ukraine, Dugin's predictions that a Russian victory would cause a split in Europe seem ill-judged at best.