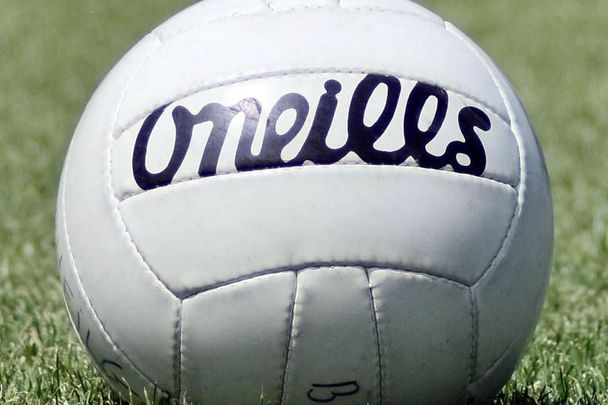 St. Barnabas, already having etched themselves into New York’s GAA annals by being the first all American-born Minor Board team to win the senior championship, ensured that their season ended on a high note by also winning the New York under-21 title.

The pundits ranked the Bronx boys as firm favorites as they were back-boned by a cadre of senior players.  However, Rangers were also stacked with a batch of senior-experienced and skillful players, thus ensuring that this would a keen and competitive contest, and that it certainly was for most of the game. However, Barnabas always seemed to have the extra edge and stepped up a gear when the pressure came on.

Though it was late in the playing season, the weather was perfect for the final as St. Barnabas got the perfect start to the game, putting the ball into the net after 22 seconds. From the throw-in, Gearoid Kennedy grabbed the ball, sliced his way through the middle before releasing to Shane Brosnan who was running off his shoulder. The younger Brosie sent a sizzler to the corner before a Rangers’ player even touched the ball. Indeed, the young midfielder would go on to have a stellar game and almost bookended his performance with another goal close to the end, but the pile-driver was brilliantly forced over the bar by keeper Mulvihill.

Meanwhile, Rangers recovered quickly from the terrible start, and after a sequence of tenacious and tigerish tackles, a long ball was diagonally delivered by Kevin Loane to sharp-shooter Shay McElligott, who quickly side-stepped his marker to plant the ball in the net.

Barnabas regained their momentum as a penetrating run by Kevin Rafferty was illegally impeded, and the resultant free was duly pointed by Mikey Brosnan. Two minutes later Brosnan increased the lead to two as he pointed a free for a foul on himself.

This was a game where defenses held sway, and Rangers repelled several potential chances before play switched to the other end. The referee used the advantage rule very sensibly, and McElligott had no difficulty in slotting over a free from close to the left sideline.

On the other wing, the busy and bustling Niall McKenna was proving to be quite a handful as he earned a free which McElligott slotted over to tie up the game. Then, just before the first water-break, and after a very patient build-up, Kennedy confidently slotted over the go-ahead point.

Upon returning from rehydration, Kennedy landed another fine point. However, Rangers would dominate most of the remaining quarter and were perhaps a tad unlucky not to go in front.

P.J. King started a mini scoring spree with a nice left-footed effort. Then a misdirected kick-out was grabbed by McKenna, but his goal-bound effort was brilliantly parried for a 45 by keeper Jack Dennis, and the resultant kick was wide off the mark.

Rangers continued to attack, and after a series of timely passes McKenna had the sides level with a well-worked point. However, Barnabas had the last score, a point from Adam Power to leave them ahead by 1-5 to 1-4 at the break.

Though Emmett Loughnane capitalized on a turnover for a point upon resumption of play, Barnabas would produce their best and most decisive football in the third quarter. Shane Brosnan led the surge with a superb point before Shane Hennessy, who was becoming a much more prominent presence, fielded well for a mark and duly scored. Shane Brosnan soloed up the wing to punch over, while his brother kicked a fine effort from the wing too.

However, Rangers rallied back with two quick points from Ciaran McCormick and McKenna, and once again keeper Dennis had to be acrobatically alert to deny Shane Queenan a bona fide goal-bound effort.

The Brosnan brothers combined to close the quarter with a nerves-settling score. Shane was fouled and Mikey pointed the free to open up a three-point gap with a quarter to play.

Both sides squandered chances in the last quarter before a powerful defense-splitting run by Rafferty pushed his team to safer ground. Then a multi-player movement saw Shane Brosnan as the final link in almost a surefire goal, but keeper Chris Mulvihill saved brilliantly at the expense of a point.

McElligott did have the last score for Rangers, but St. Barnabas had the game in the bag at this stage.

Overall a very exciting, sporting, and skillful game, and definitely a testament to the wonderful developmental work being done by the New York Minor Board. Though Shane Brosnan was awarded Man of Match accolade, he had a very competent supporting cast.

In any other year, Rangers would be good enough to win the title, but this is a very skillful, solid, and experienced St. Barnabas outfit.

Referee Ciaran Lee was very impartial, and he certainly used the advantage and common sense rules very judiciously throughout the game.

You can watch the U21 final match up between St. Barnabas and the Rangers here courtesy of the New York Minor Board: