The junction of 43rd Avenue and 49th Street in Sunnyside, Queens, was co-named the Tarlach Mac Niallais Way at a ceremony honoring the Belfast native on Friday night. 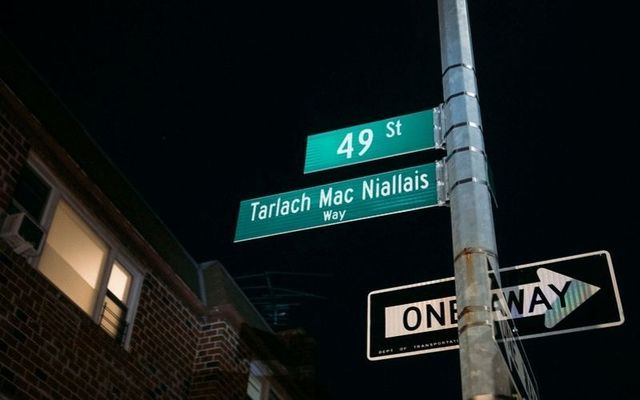 A street in New York has been named after Irish LGBT activist Tarlach Mac Niallais, who died in April 2020 from a COVID-19-related illness.

The junction of 43rd Avenue and 49th Street in Sunnyside, Queens, was co-named the Tarlach Mac Niallais Way at a ceremony honoring the Belfast native on Friday night.

Mac Niallais, who emigrated to New York in the 1980s, became involved in the gay rights movement in the city and managed a project in Queens for people with learning difficulties.

He was a tireless campaign against the organizers of the New York City St. Patrick's Day Parade, who refused to allow LGBT campaigners to march under their own banners until 2016 when the ban was eventually lifted.

Mac Niallais's Irish nephew Gary Nellis attended the ceremony in Sunnyside on Friday and told RTÉ News that he was "proud" of the memorial.

"This is an unbelievable honor to be given, to have a street named after you. In a hundred years' time, this sign will still be here and it really reinforces Tarlach's legacy," Nellis told RTÉ News.

New York City Council Member Jimmy Van Bramer, who represents Sunnyside, Woodside, Long Island City, and Astoria, was friends with Mac Niallais for over 30 years and said that it was a privilege to rename a street after him. 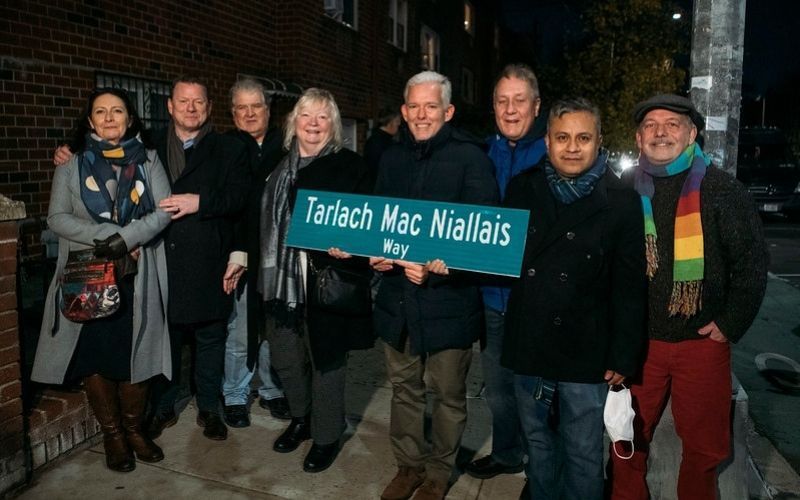 "Tarlach Mac Niallais fought against injustice from Belfast to Sunnyside and will forever be remembered as a driving force for LGBTQ inclusion in New York City's St. Patrick's Day parade," Van Bramer told IrishCentral in a statement.

"I knew Tarlach for over 30 years, and though, sadly, we lost him way too early to COVID-19, his legacy is cemented for his role in the fight for LGBTQ rights and equality in New York City, and now, appropriately, with the co-naming of the street he called home here as ‘Tarlach Mac Niallais Way''."

Van Bramer also paid tribute to Mac Niallais on Twitter, describing him as a "warrior against injustice everywhere".

Tarlach Mac Niallais was Irish, gay, from Belfast & a warrior against injustice everywhere. He died at 57 on April 1, 2020, one of the first in our neighborhood to die from COVID-19. I knew him for almost 30 years. With his husband & family, we named 49th St. & 43rd Ave for him. pic.twitter.com/XXle2lYsXF