WATCH: 19 neighbors pitch in to buy and save beloved Waterford watering hole

When the owner of Maudie's, the only pub in Rathgormack, Co Waterford, decided to retire and place her pub up for sale,19 neighbors came together to save it. 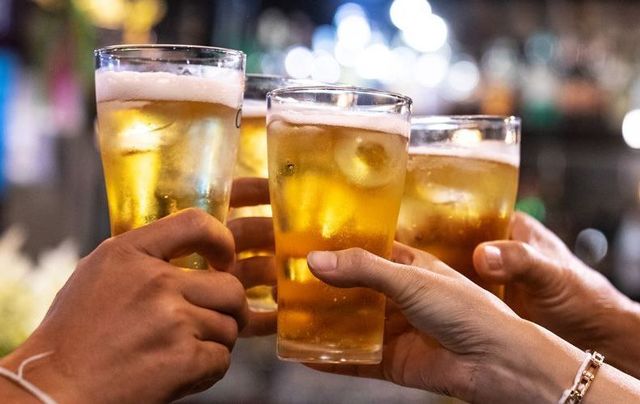 Community members in Rathgormack, Co Waterford, joined together to save their local pub. (STOCK PHOTO) Getty

Community members in Rathgormack, Co Waterford village came together to buy their local pub which was at risk of closing.

A group of 19 villagers from Rathgormack, near Carrick-on-Suir, in Co Waterford have purchased the establishment formerly known as Maudie’s and are opening it at the end of this month as part-pub, part-coffee shop.

The closure of the pub would have left the village without a watering hole or social outlet, so when the owner decided to retire and place the bar up for sale, the community banded together.

A "flurry" of phone calls last September led to a meeting between the interested locals with many of the group deciding to proceed with a bid, reports WLRFM.

“Without this pub here you can take Rathgormack off the map,” said Jim Harrison, who has a kitchen fitting business in Carrick.

“It has to be kept. There’s nobody in this for the money, it’s for the sake of the village and that’s the short and sweet of it. We had a common goal and we’ve gelled pretty well because of that I think.”

A company was set up to manage the business, which will be named  'The Village.'

Gerald Kirwan, a local welder and one of the three directors of the venture, said there was a long wait for the final papers to be approved.

“Thank God we got it over the line two weeks ago and got the keys then. We’re all from the parish so all understand that if the pub was gone, it would be the end. There wouldn’t be a pub here anymore so they all stuck together.”

19 shareholders -18 men and one woman - each paid roughly €12,000 for their stake in the company, with Kirwan, Harrison, and Stephen Flynn, the local physio, serving as the directors.

County councillor Seanie Power, also a shareholder, said: “Look, there’s great comradery around here and it would be awful to see the pub go, and I think a lot of lads would hate to be here ten years from now not having gotten involved to save Maudie’s.”

Maudie Kennedy, who ran the pub for over 50 years and decided to retire last year, is happy to see the establishment remain open, and said she plans to be there when the pub relaunches on July 30.

“There’s a lot of lovely memories here and you’d be very proud to see what they’ve managed to keep it going,” said Maudie.

Flynn told Extra.ie: "The first pint will be poured by Maudie, a nice bit of sentiment. It will probably be a bottle of Guinness."

You can watch WLR FM's report on the Waterford pub here:

Locals in Rathgormack are saving their local 💚❤ 19 locals have teamed together to buy the village's last standing pub, The Village Rathgormack. Stephen Flynn chatted to Damien about their venture, more of which you can hear on Thursday's Déise Today ⤵