Maurice MacCurtin - a Republican's journey from Tralee to Ontario

From teacher and IRA member to his imprisonment, the love of his life and new life in Canada - the life story of Muiris MacCurtáin 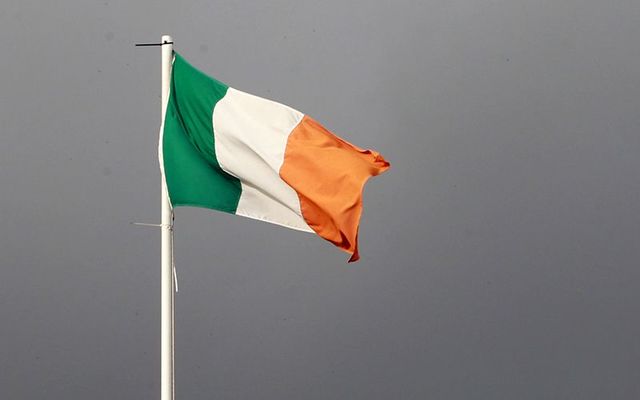 From teacher and IRA member to his imprisonment, the love of his life and new life in Canada - the life story of Muiris MacCurtáin

Muiris MacCurtáin was born into a large family in Tralee in 1913. The harness maker’s son felt that the key to escaping his humble environment lay in acquiring an education. Having qualified as a teacher, he found himself working in a rural classroom in Kilteevan, Co. Roscommon, in the late 1930s.

By this time, Muiris’s strong Republican ethos had led him to membership of the IRA, and he was active in the Roscommon area. The local Gardaí [police] were, of course, aware of his activities, and decided to act.

In early December 1940, a detective-sergeant and a garda called to Kilteevan School where Muiris was conducting his class. Andy Hanly from Roxboro, a pupil at the time, vividly recalled the event years later.

Master Ryan, the principal, assumed the visitors were there to check the school attendance records and took out the roll books. Things were not as they seemed, however.

The garda tapped MacCurtáin on the shoulder and indicated there was a man in the hall to see him (the detective). On his way out, Muiris slipped two rifle bullets from his pocket into a pile of turf, the fuel for the school fires. These were later found by Andy Hanly and a cohort. The ammunition was not handed over to the authorities but rather bartered for something more appealing to schoolboys.

A search of MacCurtáin’s person and his room at Flaherty’s house at Carrowroe near Roscommon town uncovered much seditious material.

On 2 December 1940, Muiris MacCurtáin stood trial at the Special Criminal Court at Collins Barracks in Dublin, charged with membership of an illegal organization and possession of incriminating documents. He was sentenced to 18 months, placed in Mountjoy, and later transferred to the Curragh on 2 January 1942.

On release, Muiris made his way to Dublin and discovered that because of his Republican affiliation teaching was no longer an option. He worked for a time for the Turf Development Board, later to become Bórd na Móna, and eventually, Sean MacBride secured a placement for him in Foreign Affairs.

In 1944 MacCurtáin married Myra Ann Sullivan in Dublin. She too had been arrested in August 1940 and spent some years behind bars. They were kindred spirits. Four children were born to them during the next nine years.

Muiris’s hankering for a return to his teaching profession forced the family to emigrate. During the years 1962−1965, he appeared on the Voters List as a teacher at Wikwemikong Indian Reserve in Ontario, Canada. In 1972 he was a teacher in a State school, and in 1974 he was listed as “retired.”

Regular return visits to their beloved homeland were a feature of the family’s later years until long-haul travel was no longer viable.

Muiris MacCurtáin died in Simcoe Co., Ontario, on 18 January 1994. A true Irishman, he clung tenaciously to his beliefs, suffered the slings and arrows cast his way, but remained unbowed to the end.

* Excerpted from Echoes of Their Footsteps, Volume III, by Kathleen Hegarty Thorne and Patrick Flanagan. Available online from www.generationpublishing.com