Kerry Airport chartered an Emerald Airlines flight to allow the Kerry hurling squad, who was not able to secure affordable accommodation in Dublin, to return home after their match in Croke Park. 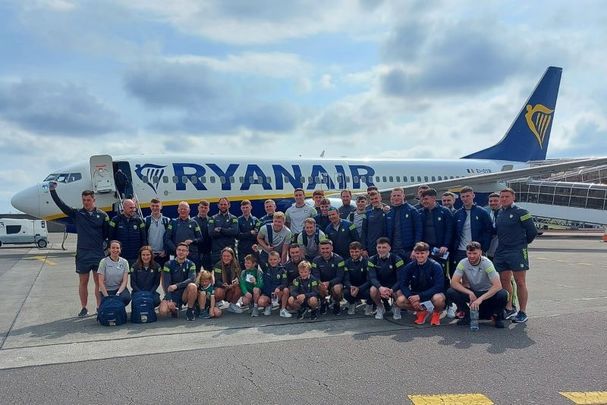 Kerry's Senior Hurling team flew home on a chartered flight from Dublin on Saturday evening after being unable to secure affordable accommodation in the capital after their match against Antrim in Croke Park.

Kerry Airport in Farranfore, Co Kerry chartered a 72-seater plane from Emerald Airlines, the exclusive operator of the Aer Lingus Regional network, to allow the hurling squad, management, and officials to return home to Co Kerry before midnight on Saturday.

The squad had flown from Kerry up to Dublin earlier in the day ahead of the Joe McDonagh Cup final match against Antrim in Croke Park.

Donal Barry, the host of Terrace Talk on Radio Kerry, said the Kerry team would have been forced to drive to Co Kerry from Dublin after Saturday's match due to a lack of affordable accommodation in the capital.

Lodging for the team would have cost approximately €13,000, the Irish Independent reported.

KERRY Airport Ireland has chartered a flight to bring the @Kerry_Official home from Dublin after Saturday’s Joe McDonagh Cup Final.

The squad were unable to secure affordable accommodation in Dublin

Ahead of Saturday's match, John Mulhearn, CEO of Kerry Airport Ireland, said: “We are delighted to support the Kerry hurlers this weekend.

“They had booked a one-way flight to Dublin with Ryanair but the timings of the game and the return flight clashed. Instead of facing a five-hour bus journey to Kerry, we are proud to sponsor a charter flight with Emerald Airlines to bring everyone home.

“We sincerely hope that this will give them the peace of mind to focus on the matter in hand – to win the Joe McDonagh Cup against Antrim. We wish everyone involved the best of luck in Croke Park.”

Ger McCarthy, the Kerry GAA Hurling Liaison Officer, said: “To see someone like John [Mulhern] from Kerry Airport coming in behind Kerry hurling and Kerry GAA in general, for the county itself, is absolutely great.”

On Saturday, the Kerry hurlers took on Antrim in the Joe McDonagh Cup final in Croke Park. The Kingdom narrowly lost out with a final score of 5-22 (37 points) to 4-24 (36 points) in the thrilling contest at GAA headquarters.

Kerry's hurlers have been pushing for promotion to the All Ireland Senior Hurling Championship for several years but have fallen at the final hurdle on their previous three attempts.