Irish organizations in the US are dying off as 64 percent of Irish Americans under 45 aren't signing up. 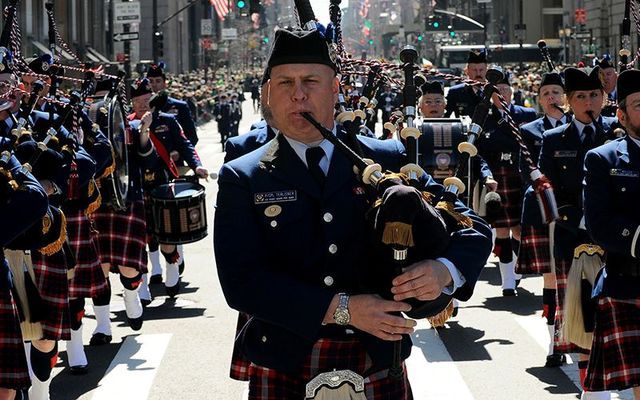 Could Irish organizations in the US be at risk as younger Irish Americans aren't signing up?

An IrishCentral.com poll of 1,368 Irish Americans under 45 reveals some startling facts - some good, some bad. The poll was taken mid-September by Amarach Research, Ireland’s top polling company.

The bad news is that 64 percent of young people no longer join Irish organizations. It’s becoming a quaint idea with social media so prominent.

There is something major to learn here. Irish organizations need to focus on their websites and especially Facebook as the most important methods they can utilize to attract new members.

The Irish government in particular, with no new emigration, now has access to a massive database of Irish that they must seek to tap into.

Time was it was near impossible to interact with, say, a 40-year-old farmer in Kansas interested in his Irish roots. The gift of the internet has changed all that.

It is not enough to hold a dance or a golf outing once a year anymore.  There has to be a persistent effort to attract younger people through event notification, history, heritage, music, travel, etc.  Standing still is simply not an option.

The two organizations most popular are the GAA, which has an excellent on the ground operation, and the AOH, still the main port of call for the older Irish.

It is interesting and hopeful for the AOH that despite the under 45 restrictions of the survey, there are obviously many young people interested in what the organization has to offer.

It cannot be stressed enough that the Irish American community is firmly online.  It’s where 85 percent of younger Irish go to find out about heritage, browse news and gather information.

An incredible 98 percent of those who go online to interact with heritage do so through their preferred medium which is Facebook.

On the one hand, Irish heritage is more available than ever on the web, but on the other, it seems the days of many organizations are numbered if they cannot adapt.

Another very interesting fact uncovered by the survey is that 37 percent of those under 45 have never been to Ireland.

That is an astounding number given the widespread marketing belief that the Irish will go to Ireland without any direct marketing effort.  Clearly, they actually need to be convinced to do so. Another statistic that 50 percent who go have not been in five years tells its own story about the need to outreach.

There is also a deep interest in ancestry and family history.  Twenty-five percent of those polled had taken an ancestry test, an amazing figure given the young demographic.

On a lighter note, some things in Irish America very much stay the same. The Quiet Man is still the favorite movie (P.S. I Love You is number 2).  Also unchanged is the most popular Irish person for the millennial generation who is Bono.

Very interestingly, the word most people said which meant Ireland to them was “community.”

The choice shows that the Irish still offer that vital human contact in a world where global conglomerates, both in governance and business, completely dwarf the individual.