Irish New Yorkers on adjusting to life in lockdown

Irish New Yorkers are continuing to grin and bear a new way of life under Covid-19 restrictions. 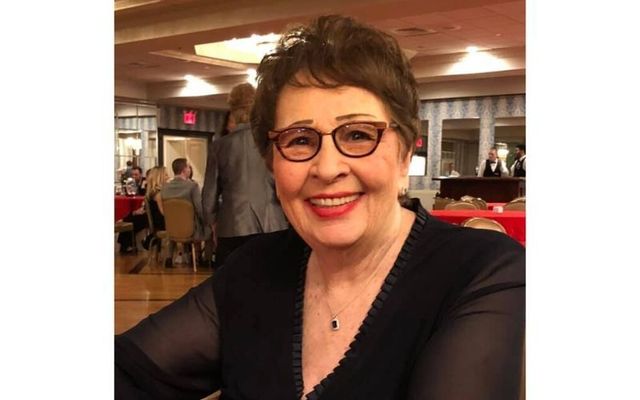 Catching up with some of the New York Irish to see how they are coping during the COVID-19 pandemic.

Co-founder of the Irish Immigration Reform Movement; board member of the Emerald Isle Immigration Center and a long-time leader of the Co. Cork Association.

Coming from a large extended family, sheltering in place would have seemed like an impossible task for me a few months ago. However, like all challenges that we face in life, we learn to adjust.

I am taking advantage of the extra time on my hands to catch up on reading some books which have been on my bookshelves for years. Right now, I am reading the biography of Jack Lynch.

I join the parishioners of St. Frances De Sales in Rockaway for daily Mass which is live-streamed on Facebook.  The Belle Harbor community is blessed to have two wonderful priests -- Father Bill Sweeney and Jim Cunningham, a Woodside native with Mayo roots -- who are doing exemplary work in providing pastoral care to the Rockaway community and beyond during this time of crisis. Father Jim gives a shout out to the attendees; it is very obvious they know their parishioners. They are an inspiration and a beacon of hope during these difficult days.

Read more: Irish receiving Trump’s $1,200 checks in error could be banned from USA

Sadly, on May 2 my cherished friend, Mary McMullan was called to her eternal reward.  One of the tragedies of the coronavirus is that we are unable to give a proper farewell to our family and friends. In the near future we hope to pay tribute to Mary in a manner which she deserves for her life long work in the Irish American community beginning in the 1970s with her work for civil rights in Northern Ireland right up until her death.

I do miss the person to person communication and meeting up with friends and fellow organization members. The upcoming events which have been canceled - the Celtic Cruise for the Emerald Isle Immigration Center, the United Irish Counties Feis, and the County Cork Association’s biennial dinner in Cork City. All of these events I would have been actively involved in the organizing committees.

On a happier note I was delighted to become a great grand aunt to Jack Thomas Driscoll and Teagan Mary Murphy.  I look forward to meeting them both in the near future.

I am also very proud to come from a family of first responders, having four nephews and a niece who are members of the NYPD.  Another nephew, Thomas O’Driscoll, a member of the Marine Reserves is busy acquiring and delivering supplies to food pantries in Brooklyn.

My day to day has changed a lot. I used to be in the gym for 7 a.m. each morning and there until 6 p.m. in the evening. Now I still get up at the same time each day, but I spend the first few hours of the day teaching exercise classes from the apartment rooftop some days and reading books/brushing up on education on other days.

I coach personal training sessions in the afternoon over Zoom or FaceTime. It's not perfect but it works, and what we have found is that an exercise class adds a sense of normalcy to someone's day and people are finding it very helpful to move in some way for both physical and mental health.

At the beginning of all of this I felt helpless for a few days and wondered what we could do to help. I have been coaching the Team Aisling runners since last summer so we got together and decided to do our bit and create a virtual 5k fundraiser event for the month of May, donating all proceeds to Sláinte 2020.

Being involved with this adds a sense of purpose each day and helps me too. Having been brought up in Louisburgh in Mayo where everyone looks out for each other, I am a firm believer that by looking out for each other we look out for ourselves and feel better ourselves too. That's what community is all about and that's what Team Aisling and Sláinte stand for too.

I see the health and fitness scene as a whole changing quite a bit. A lot more people are content with training online as it's a safer way to exercise right now, and additionally it's very convenient. The feedback we are getting from people is that it saves time and they feel safer (for now).

I am lucky in the sense that the gym I am based at is one of the best gyms in the city with a very loyal customer base, and a huge part of our philosophy is mastering our bodies so we are not dependent on having lots of equipment. I am a firm believer that with every obstacle comes opportunity, so this is a chance for us as a gym and as trainers to adapt, grow, and become better too!

Musician, founder of the Diddley Idols with his wife Louise Barry.

Dave Barckow - Musician, founder of the Diddley Idols with his wife Louise Barry.

It's been a strange couple of months. I was in Colorado on March 12 sound checking and getting ready for two nights with Eileen Ivers and the Colorado Symphony Orchestra when we got the call that the gigs wouldn’t be happening.

I had been in the middle of what was the best stretch of touring I’ve ever done.  The week before the Spokane show myself and my wife Louise Barry from Dublin, the Diddley Idols as we are called, had played to a sold-out crowd at Vicar Street in Dublin supporting Louise’s dad Jim Barry and his band The Memories. The week before I had been on the Monsters of Rock Cruise with a band I played drums with in the early ‘90s, White Trash.  We performed on board as we traveled to Cozumel, Mexico, and Belize.

The Diddley Idols had been doing our regular weekday spots at the Mean Fiddler and O’Donoghue’s in Times Square plus a busier than usual schedule of corporate dates around the country. We work for an art gallery that puts events on for potential buyers at auctions all over the country.

All told from the first week of January 2020 until that day in March we got sent home, I had been on 15 flights and in five countries. As I watched the news unfold and more about the virus and how deadly it potentially was, the missed gigs and loss of money (there are no sick days for musicians) mattered less and less. I was just concerned all that traveling had put me in harm’s way.

The more the news turned darker and darker, the more grateful I was that were both healthy and safe. We live in the Woodside/Sunnyside area, and this part of Western Queens has been particularly hard hit so the first four weeks or so of lockdown was just a constant flow of bad news. I’m also kind of a news junkie so that probably added to the volume of bad news.

As soon as we knew there wasn’t going to be any St. Patrick’s Day anything, me and Louise started advertising our live stream which we hadn’t done before and just thought we’d have some fun and maybe cheer some people up.  We were completely blown away by how many folks tuned in, and what a relief it was to play music and more importantly engage with people. We decided to do another a couple of days later and that was even more fun.

Then a few days later we tried our first theme, “Easy Like Sunday Session,” and we played a bit more chill and this time in our living room, completely acoustic in our pajamas. Our “Night at the Movies” where we played only songs from movie soundtracks was one of our favorites.

These streams have been such a lifesaver for us. We’ve done 23 so far and have tried a few different themes just to keep it fresh. We go live every Tuesday and Thursday at 4 p.m. EST and 9 p.m. GMT and have been blessed to have folks keep tuning in, making requests and the best part chatting back and forth with us and with each other. We have regulars from the U.S. and Ireland that know us but we’ve been getting repeat offenders from all over the world. It’s been incredible.

The generosity people have shown us moves us to tears – well, me anyway as I’m a crier, Louise is much tougher than me. It’s not why we do it at all, and didn’t even know it was a thing until people started tipping us but it has helped us more than we could ever repay.  We’re just happy to be a tiny part of someone’s day.

We’re hoping to use our stream to do some good for folks who are really struggling. We’re in the process of organizing a stream, hopefully, this coming week where we can partner with some of the local businesses and try to raise money for some of the bar workers and undocumented that are getting no relief at all and also those people struggling with depression and addiction, issues that are very close to my heart, and all those that might have a harder time seeing the light at the end of the tunnel.

Aside from the music Louise, who is a superhero altogether, has been hard at work continuing to teach her regular dance classes online as well as reigniting her dance company, FitDance Ireland, to offer free dance fitness classes for adults and teens and a 30-minute toddler class to give the parents a break. You can find her live streams on Facebook @fitdanceire or on her YouTube channel FitDance Ireland. Her live dance workout is Wednesday at 1 p.m. and her “Little Movers” class is Saturday at 11:30 a.m.

As strange as these times are and as devastating as it is that so many people around the world and particularly here in New York City have lost their battle with Covid-19, we’re both just trying to focus on the blessings we have and as long as we continue to be blessed to stay healthy and those that aren’t so fortunate hopefully recover quickly, I honestly think the world will slowly get back to if not where it was, to whatever the new normal is.