Cornelius "Con" Cremin had been living in the Wood Green area of London for the past 25 years and passed away at the age of 72 last week. 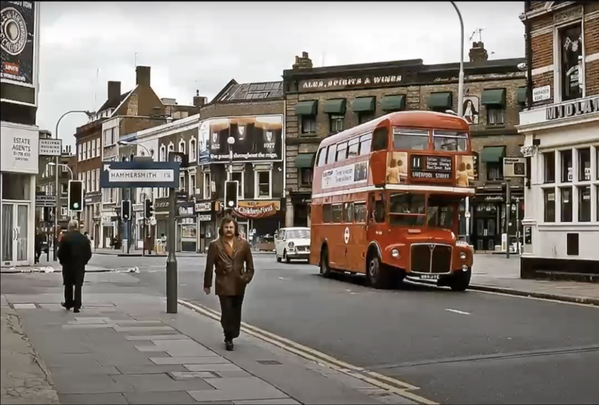 London city: Cornelius "Con" Cremin had been living in the Wood Green area of London for the past 25 years YouTube / Eugene Cunningham

An Irish community in London is trying to locate the family of a Cork man who died in the English capital last week.

Cornelius "Con" Cremin had been living in the Wood Green area of London for the past 25 years and passed away at the age of 72 last week.

He was married once, but his wife died many years ago and efforts to locate his son and daughter back in Ireland have so far been unsuccessful.

In a post on the Irish in London Facebook page, Francesca Coffey said that she knew Cremin for several years and that she had made efforts to track down his family in Ireland.

Coffey said that Cremin was well known in the Wood Green area and that he was usually smartly dressed.

She said that Cremin usually wore a hat and enjoyed taking his dogs for walks.

The post said that Cremin was born on August 4, 1948, in Buttevant, a small town just outside Mallow in County Cork.

"I tried the Garda in Cork, but they couldn’t really assist without more info," Coffee said in the post on Facebook.

"He was married years ago but his wife has since passed away. I have been told he has a son and daughter that may have moved back to Ireland. "

Cremin is set to be cremated at 9:30 a.m. on Thursday, July 8, in Islington Crematorium in Central London.

Coffey is hoping to find his next of kin before the service and is urging anyone with informaton regarding Cremin's family to get in touch.