A church in Castleisland, Co Kerry has acquired a loan of Saint Padre Pio's glove . Pio is adored by many for his reputed healing powers. 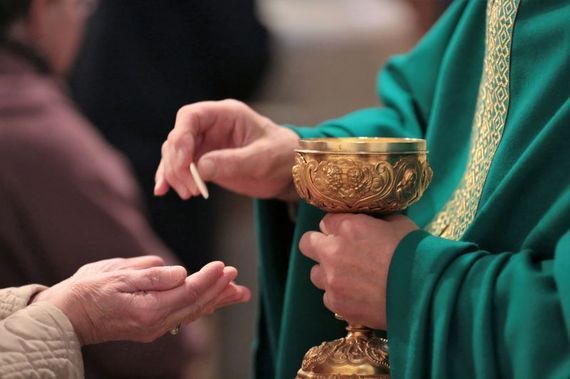 A special mass was held in Castleisland, Co Kerry for the blessing of a Padre Pio's relic Getty

Hundreds of churchgoers attended Mass in Co Kerry this week in the hope of getting a glimpse at Padre Pio's famous relic.

The arrival of one of Padre Pio's gloves to the parish of Castleisland on Tuesday, January 17, caused excitement for religious devotees.

Padre Pio's glove, which is enclosed behind a glass case, was secured for the parish by Fr Mossie Brick after he made requests through the National Shrine of St Pio.

Speaking to the Irish Examiner, Fr Brick said, "When he rang and said we were getting the glove, it was an amazing message. It’s really magical.

The National Shrine of St Pio in Dublin contains authentic relics linked to the saint. These include Crusts of the Wounds of the Hands of St Pio and an authentic portion of a night shirt with his blood stains.

After the Mass,  the relic was paraded down the aisle, with parishioners and visitors desperate to touch the holy item they had come to worship.

The parish already holds devotions to Padre Pio on the third Tuesday of every month and after being on a waiting list for 16 years, the glove will now play a key role in these blessings.

Fr Brick explains that the church will be obliged to return the glove if devotion attendance begins to die out but he is hopeful people will be drawn to the small Kerry town.

“Castleisland is very central, it’s only 12 miles from Abbeyfeale in West Limerick, and we’re not too far from the county bounds here into Cork,” he said. “People would have phenomenal devotion to this, and devotion or faith is important."

The religious relic previously made an appearance at a special blessing at the Church in 2020.

Hundreds of people went to the Church of Saints Stephen and John in Castleisland, Co Kerry, tonight to be blessed with one of the fingerless gloves worn by Saint Padre Pio | Read more: https://t.co/bchMqqYIVg pic.twitter.com/mIWNbWDSya

The Catholic saint is adored by many for his reputed healing powers and numerous miracles were attributed to him.

He is associated with the fingerless glove he wore to cover wounds on his hands, also known as “stigmata”, which he purportedly acquired following an encounter with a mysterious figure during confessions. They famously resembled the marks seen on Jesus following his crucifixion.