What do Irish expats miss at Christmas? Survey reveals all

From hangover cure chicken fillet rolls, midnight mass and the Toy Show to our sense of humor. Research reveals what Irish emigrants miss at Christmas! 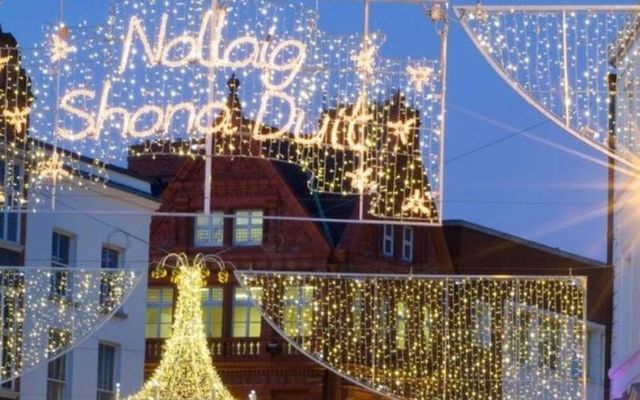 What do Irish expats miss at Christmas? ICP

Warning: results from this survey may make you feel nostalgic for Ireland!

A recent survey conducted by Irish company "The Paddy Box" looked into what an Irish Christmas means to the community abroad.

When asked what Irish Christmas traditions people miss when spending Christmas away from home, the local pub comes out on top.

A whopping 63% of respondents said festive drinks in their local and the chance to reconnect with friends at Christmas time. Midnight Mass on Christmas Eve was the next most popular answer followed by Horse Racing on St. Stephen’s Day, The Panto and a Christmas Day Swim following close behind.

While the local pub reigns supreme, what do Irish emigrants miss the morning after festive drinks? The top hangover cure is unsurprisingly the hot chicken fillet roll with 29% of people surveyed saying they missed this iconic Irish snack.

A close second on the list was the breakfast roll (23%), which Irish comedian Patt Short once sang so passionately about! Tayto crisps also proved a popular hangover cure with 18% craving the famous Irish crisps brand.

Staying on the subject of food, Irish people abroad said they missed a Christmas morning fry-up with 38% saying they craze a ‘full Irish’ with real Irish sausages. A tin of Cadbury Roses on Christmas Day came second, with 15% saying they missed the mix of the classic tin of chocolates.

When it comes to our characteristics as a nation the overwhelming feature Irish people living abroad miss is our ‘sense of humor' with a huge 67% saying they missed our unapologetic banter that can’t be replicated abroad.

The Irish have forever been known for our warmth and hospitality so it’s no surprise that 21% of Irish people abroad surveyed said they miss the Irish ‘friendliness’. Other notable traits were our obsession with talking about the weather and the ‘Irish Goodbye’!

When asked how they made living abroad feel a bit more like home, the top answer was unsurprisingly watching The Late Late Toy Show.

A very significant 35% said streaming Ireland’s most-watched show (and what is now arguably an ‘Irish institution’) helped it feel more like Christmas.

While finally when it comes to music 25% of people said playing The Pogues, Fairytale of New York on repeat helped give that nostalgic feeling of home!

Did you agree with the results in the survey? Is there anything that you miss about Ireland at Christmas?

This survey was carried by The Paddy Box in 2021.