POLL: Will the sexual abuse lawsuits prevent you from sending your children to Irish dancing?

Have the sexual abuse lawsuits filed in New Jersey last week forced you to reconsider your family's involvement with competitive Irish dancing? 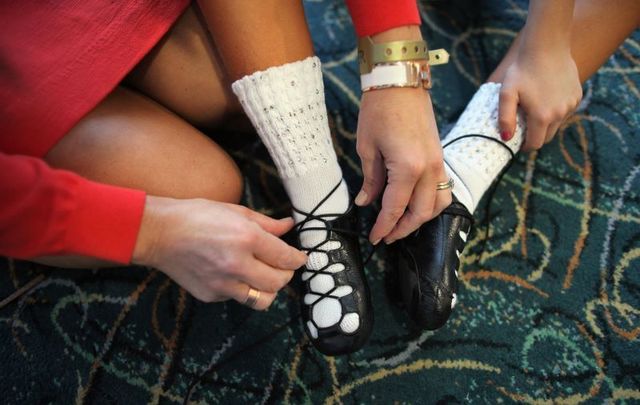 Will the lawsuits alleging sexual abuse within CLRG and IDTANA make you reconsider your family's involvement with Irish dancing? Getty Images

Have the sexual abuse lawsuits filed in New Jersey last week forced you to reconsider your family's involvement with competitive Irish dancing?

*Update: This poll is now closed. Stay tuned for results.

Last week, IrishCentral was the first to report on three lawsuits that were filed in Bergen County, New Jersey alleging sexual abuse within one of the competitive Irish dancing communities.

While CLRG, the oldest and largest governing body of competitive Irish dancing in the world, the IDTANA, and the Mid Atlantic Region were named in all three lawsuits, both the Mid America Region and the Southern Region were additionally named in two of them.

The plaintiffs, who are also all males, have been anonymized as John Doe, Jack Doe, and Pat Doe. Two of the plaintiffs, John Doe and Pat Doe, were minors when the alleged incidents of sexual assault occurred.

On December 7, both CLRG and IDTANA released statements responding to the news of the lawsuits. The Mid Atlantic Region also reportedly issued a statement, but only in an email to teachers within the region. CLRG’s statement reaffirmed its commitment to the safety of children, while IDTANA said it intends to fully cooperate with authorities.

Both CLRG and IDTANA’s statements indicated that the organizations had not yet been served the lawsuits that were re-filed in Bergen County, New Jersey on Wednesday, December 4.

Initial lawsuits were filed on Monday, December 2, but they were withdrawn and sealed on Tuesday, December 3 for undisclosed reasons.

While the nature of the lawsuits has many parents of Irish dancers concerned, other parents and Irish dance community members are keen to let both sides get their due process before any conclusions are made.

We want to know: Have the lawsuits filed against these Irish dance entities forced you to reconsider your children’s involvement with Irish dancing?

Let us know in our poll here:

If you have any information about the sexual assault allegations within the competitive Irish dancing community, you are urged to reach out to your local authorities immediately.