One of the youngest ever to pass the coveted legal exam – from a tiny Louth village to the Big Apple. 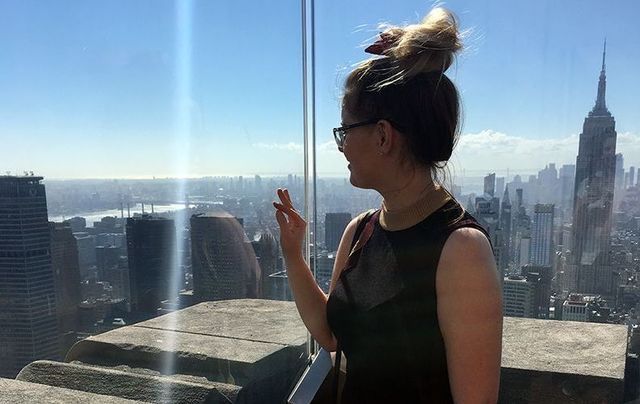 There's nowhere else in the world Aoife Moore Kavanagh would be than New York City.

At the age of just 22 this Irish woman passed the New York Bar. Here she shares her story with the IrishCentral community in the hope that her story of hard work, determination and pursuing her dreams might inspire others who dream of the bright lights of New York City. From a tiny village in County Louth this young woman is among the youngest ever to pass the famously arduous exam. The average age is 27.

Below Aoife tells her story:

I did a J-1 [summer working visa] in San Francisco when I was 20 and loved the adventure. I realized there were far more opportunities in America than there were back home in my tiny village, so I decided when I went home that I would find a way to get back there.

I had a law degree from Dublin City University, but I knew if I wanted to qualify abroad I would have to learn their legal system. I researched American law course providers and came across Barbri, a bar review course which I attended twice a week while working in retail. The course was six months in duration, packing what American students learn in three years into that tiny time frame. When the course finished, I left my job and concentrated on studying for the two weeks prior to my departure. 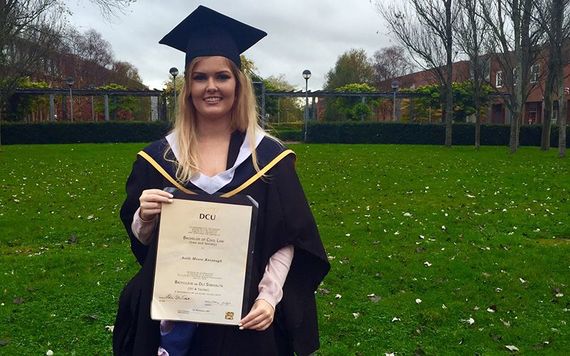 When my departure date arrived, I was beside myself with nerves. I had never been to New York before, I didn't know anyone over there and I was traveling alone. I'll never forget arriving into JFK airport and traveling to Port Authority bus terminus in Midtown Manhattan.

I stepped out into Times Square and instead of feeling what I expected I would feel, fear, I instead felt like electric. The people, the crowds, the lights, everything about New York captivated me. I then boarded a bus to Albany where my exam was being held and I was already counting down the days until I arrived back in the city.

I was meant to fly home a month after I arrived but within the first week I had already decided to extend my stay. I felt like I was a part of something, like I belonged in this city I had never even been to. My integration was seamless. I fit in perfectly. I made friends easily and I reveled in the notion that I could do anything and be anyone because I was in the greatest city in the world.

I spent three months in a haze of sheer bliss. I relished every single opportunity New York had to offer, making meaningful connections along the way. I met the love of my life and all of a sudden, I was on a path I had given up hope I would ever find back home. I couldn't quite believe my luck. I felt more creative than I ever had. I started writing my blog again and even writing poetry. I wrote a poem about my two great loves, him and New York. 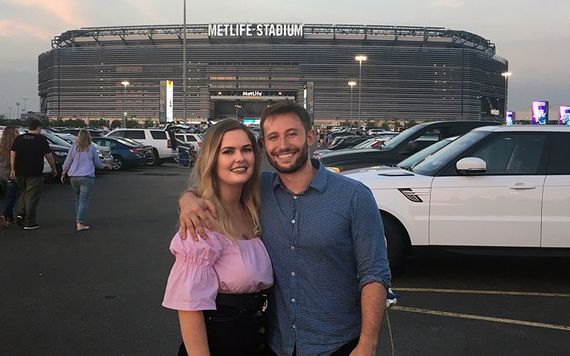 Aoife Moore Kavanagh met the love of her life in her dream city.

Then I got the news that I hadn't passed the Bar Exam. I was absolutely devastated but in my heart of hearts I knew I had no choice, I had to try again. I owed it to myself to give it my very best shot and now that I knew New York was where I wanted to be I had this new-found drive and longing. The day I flew back to Ireland I was heartbroken. When the pilot announced we were landing into Dublin and told us the local time and weather I cried huge fat heavy sobs.

For the next two months I focused solely on the exam. There were times when I couldn't even remember the last time I got dressed. I lived and breathed the American law materials. I recorded myself reciting rules and fell asleep listening to it. I studied 9+ hours a day, six days a week. And slowly but surely the time came around for me to fly back and retake the exam.

When I saw the twinkling lights of the Big Apple out of the window on the plane a tear of joy slide down my cheek. I met my boyfriend at the airport and after taking a few hours to be together I headed back up to Albany to sit my exam. It was just as it been before except this time I knew I had done everything conceivably possible to make sure I passed. And that’s what it takes to ensure your success. 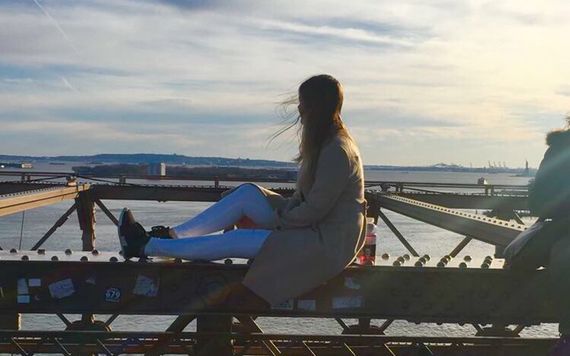 Aoife Moore Kavanagh on top of the George Washington Bridge looking down on Manhattan.

Last week I got the email. That’s how you receive your results. No set date or time, just an email that suddenly arrives in your inbox to inform you of your future. It took me a full day to pluck up the courage to open that email. Everyone asks me how the hell I had the patience to wait that long but that’s how scared I was. The passing score in New York is 266. I got 289. I kept checking it over and over, I thought I wasn't seeing straight! And now I'm preparing my application for admission to practice as an attorney in the greatest place in the world, from my tiny little village in the smallest county in Ireland.

A lot of my fellow classmates and people I met while in New York didn't know that it was even an option to sit the Bar Exam without going to an American law school. I would love for my story to inspire other people who may be thinking about doing the Bar and let them know that it is 100% possible!

I encountered a lot of negativity on my journey from people who didn't think it was worth my while to do a course to learn the laws of another jurisdiction. They told me it was extremely difficult for foreign examinees and I would have to accept that it was unlikely my dreams would become reality, but I am proof that it can be done. It would be great to connect with lawyers who have experienced the same challenges as me as well as Irish graduates who may not know this is a viable option for them.

Read more: How I made my dreams happen and moved to New York, scared but strong