When Grace Kelly sent me a Grace Doll for my birthday 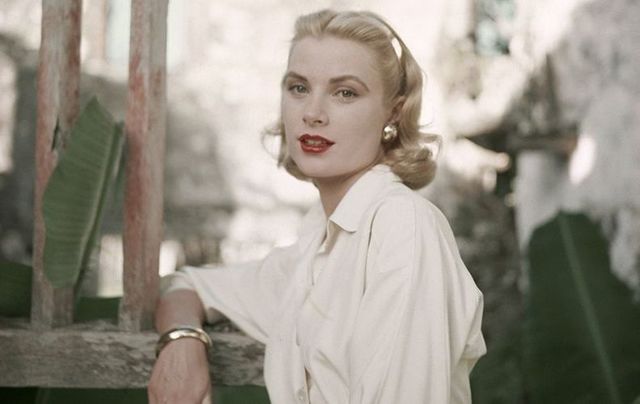 On Sept 14, 1982, it was announced to the world that Princess Grace had died, at the early age of 52. She had been driving through France on her return to her principality of Monaco when disaster struck. Her vehicle careened off the highway into a deep ravine and her daughter, Caroline, lucky to survive the impact, crawled back up the steep embankment to raise the alarm.

Born Grace Patricia, in Philadelphia, to John and Margaret Kelly, in November 1929, she was one of four children. Her father was the son of an Irish emigrant from Westport, County Mayo, while her mother hailed from Germany. From an early age, Grace exhibited a restless and spirited disposition.

In her teens she leaned towards acting and, blessed with beauty and poise, she soon attracted the attention of high-profile filmmakers and was eventually cast in 'High Noon' after being spotted for her acting off Broadway.

Read more: Newly discovered megalithic monument in Ireland unlike any other to date

In New York, her natural beauty was in high demand for advertisements and modeling, and on occasion, her radiant face shone out from high profile magazine covers such as Cosmopolitan.

After moving to Hollywood, she proved to be more than just a pretty face and her unique acting ability was acknowledged through starring roles in numerous films. Indeed, she was to go on to win an Oscar for her performance in “The Country Girl”.

In 1956, she married Prince Rainier and became Her Highness Princess Grace of Monaco. Due to her royal status, she was obliged to forgo her successful acting career. She had three children – Caroline, Albert, and Stephanie.

Because of her nostalgic attachment to Ireland, Prince Rainier and Princess Grace purchased her ancestral home - a cottage on a 35-acre farm near Newport Village, Co Mayo, where her grandfather lived before emigrating to the United States.

While I take a passing interest in fashion trends and renowned personalities, I maintain a special admiration for Princess Grace because of her private generosity to me.

For whatever reason, my ingenious mother, in 1960, and without my knowledge, sent my scribbled birthday request to Princess Grace at her Palace in Monaco, hoping that the Princess would act as a fairy godmother to me. Princess Grace, despite all her important royal and family commitments, didn’t disappoint.

She responded by posting a beautiful doll addressed to me, complete with palace stamp, to my home in County Monaghan, Ireland – an area with which she had no connection. Her timing was perfect as a most exquisite doll, arrived at my home just in time for my ninth birthday.

Doll sent to Josephine by Princess Grace of Monaco in 1960.

This was no ordinary doll, she wore a lovely long flowing lace dress and matching bonnet, which framed a head of gold curling hair, and her little cute face was picture-perfect. Her outfit was complete with blue ribbons, lace petticoat, shoes, socks, and pants – all trimmed with lace.

Now many years later I still treasure this doll, which I have kept in pristine condition. I preserve it in its original box, complete with postal confirmation and original wrapping paper. Someday I will pass this treasure, along with its magical story, to my daughter as a family heirloom.

My only regret is that I don’t have a copy of the correspondence which passed between my late mother and Princess Grace. The occasional mention of the Princess and her life brings my doll and her generosity to an unknown child waiting for a surprise, into pleasant focus.

Each time I look at my precious doll, I think in admiration of the foresight of my mother who, on the off chance, sent my childish letter to a beautiful film star, and I was rewarded with a magical gift from a real-life Princess.

* In its cache of short stories by Denis O'Higgins and his wife Josephine, “Fireside Miscellany: A Collection of Irish Memories, Meanderings, and History”, takes the reader from the era of the horse and cart, up to the present day. Some of these musings bring the former farming ways back to life, calling back to mind the habits of bygone days while others depict a formerly troubled North of Ireland.