Gerald Feeney "put his life on the line in one of the deadliest wars" and now his friend is asking the public to send him some Christmas cheer. 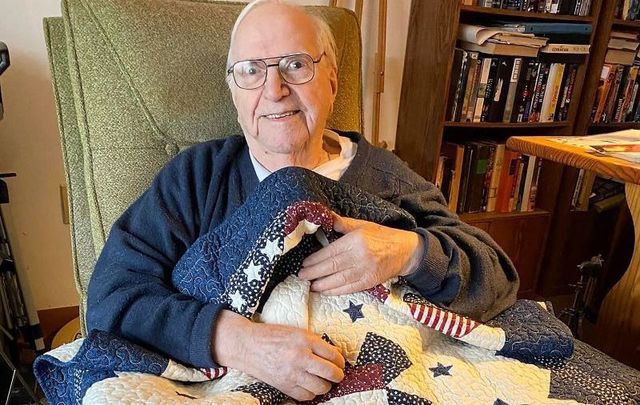 Everyone suffers from loneliness of one sort or another during their lives, but during a time when so many people are isolated, the story of Gerald Feeney, a World War II veteran living in Central New York, struck a chord this Christmas.

Gerald Feeney's story was recently featured on New York radio station BigFrog104 who wrote: "This man put his life on the line in one of the deadliest wars this nation has ever seen and a card wishing him a Merry Christmas sure would make him feel much less alone.

"Gerald doesn't get any relatives visiting him, he doesn't get out of the building he lives in to go anywhere as he cannot drive a car. He is the kind of senior that certainly could use a little showering of love this holiday season."

BigFrog104 pointed to a Facebook appeal from Jo Ellen Maring, who visits with Feeney every week and kicked off the Christmas appeal to Feeney's Christmas cards.

Sharing a picture of Feeney, Maring wrote: "This wonderful man is Mr. Gerald Feeney. He is a 94-year-old World War II veteran who lives alone in the Scott house in West Winfield and has never married. He has no living relatives that visit, and as of this past year no longer drives his car. Now he spends all of his time alone.

"I visit with him every week and he is such a sweet, compassionate man who is often very lonely. If you could find it in your heart to send him a Christmas card thanking him for his service to our country, and wishing him a merry Christmas, I know it would give him such tremendous joy.

"Thank you and God bless you."

We wish Mr. Feeney a happy and hopeful holiday and a wonderful New Year! We also hope he's reading his Christmas card haul way into January.