GAA Roundup: Henry Shefflin off to a winning start 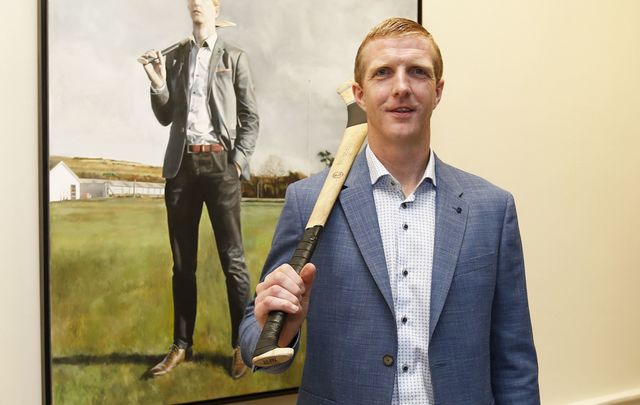 Henry Shefflin had admitted his curiosity got the better of him when he asked Joe Canning if there was any chance of a u-turn on his decision to retire from inter-county hurling, but there was no turning the Portumna legend.

Shefflin made the admission after his career as Galway boss got off to the perfect competitive start with a 2-19 to 0-19 Walsh Cup win over Offaly in Ballinasloe on Sunday.

Speaking to the media after his understrength side secured the win, Shefflin said, “Would I have liked to work with him? Of course, I would.  He was a once-in-a-lifetime generation hurler and he will be a massive loss but it’s over to the other players now and they will know that they have to fill that void.

“A massive void to fill but they will have to fill it. And I think it’s him, and I’ll mention Aidan Harte as well who stepped away. What Joe Canning and Aidan Harte have done over the last few years and put their bodies through for Galway hurling is a testament to the character of both players.

“Did I chat to Joe? I did chat to Joe, but Joe is very comfortable with his position and I think it was very positive for Galway hurling then to see him going in with Fergal Healy and the management team in the minor.

“It is just a great sign. He’s very much there hands-on and wants for the betterment of Galway hurling. I suppose we are trying to find the newer players who are going to fill the vacancies left behind by them.”

Wexford also made a winning start under a new boss as Darragh Egan oversaw a 1-27 to 1-16 Walsh Cup win away to Laois in Rathdowney. Speaking to RTE afterward, Egan reflected on a positive start to his reign as successor to Davy Fitzgerald.

“It’s been great,” said Egan. “I got a really good welcome and I was delighted to get down and see most of the club matches from the Wexford championship quarterfinal stage onwards. The work started in earnest in the last month. The response from the players has been great. I’m really happy with it so far.”

Dublin opened their Walsh Cup account with a 2-27 to 1-21 win over Antrim at Parnell Park.

Dessie Farrell brought the curtain down on Stephen Cluxton’s Dublin career with little fanfare and just a brief media statement after Saturday’s 2-12 to 0-13 O’Byrne Cup win over Offaly at O’Connor Park.

After their opening game of the 2022 season, boss Farrell was asked once again by the waiting media if the goalkeeper and captain would play for the Dubs this season. And this time he has the definitive answer.

Cluxton won eight All-Ireland titles with the Blues but never formally retired. And won’t according to Farrell, who made the announcement for him.

Farrell said, “Stephen won’t be involved this year.  He wasn’t involved last year. Stephen is not one for big announcements, as you know.

“No fanfare, no official announcements from him in that regards but Stephen won’t be involved this year. And I think out of respect to him, we need to let him live his life and we need to do our own thing. We know the position, hopefully, everybody else knows it at this stage now.”

With Jack McCaffrey also unlikely to return to the Dublin colors and Paul Mannion opting to concentrate on his club career with Kilmacud, Farrell will need to find new stars as Dublin look to get their All-Ireland hopes back on track this season.

“I’ve a very good relationship with Paul going back to development squad years, we are in very regular communication. Paul has been clear as to why he has stepped away, his position hasn’t changed and we respect that,” said Farrell, who admitted he thought long and hard about the future during the winter break after the semifinal defeat to Mayo last year.

“It was definitely a time for reflection, and in the situation, we found ourselves in, that’s all you can do. You can just look back and review and try to take the learnings from last season, and look for those dimensions you can improve on and make things better for the season ahead.

“That would be quite typical in a situation like we found ourselves in. We’ve gone through that process now and are looking forward to the season ahead.”

Kildare made a winning start to their O’Byrne Cup campaign, beating Westmeath by 0-19 to 0-8 in Newbridge. Longford were 2-13 to 0-14 winners over Louth in Lanesboro while Wexford hammered Laois by 6-10 to 0-13 in Hollymount.

All-Ireland finalists Mayo exited the Connacht FBD League at the semifinal stage on Friday night, losing by 0-17 to 0-13 at the Air Dome in Bekan, but manager James Horan wasn’t too worried by the result.

He told RTE Sport, “I was happy with a lot of it. We’re trying a different set-up with a few things and I thought some of it worked very well. We got a bit ragged towards the end when we started chasing things a little bit.

“But a lot of stuff that we were trying to do over the last five or six sessions was there. So it was good. We got seven new guys on I’d say -- some of them were excellent -- so overall we’re very aware that Galway have a lot more work done than us but that’s irrelevant to us. We didn’t win the game, sure, but there’s lots of stuff that I’d be happy with.”

Galway boss Padraic Joyce was also happy with the night’s work from his team. Joyce said, “We have been preparing for that since they came back training on the 8th of December. The games are coming but you can’t beat games at the same time.

“We’ve a panel of 39 at the minute so we’ll keep using as many lads as we can and get plenty of games. That’s the beauty of it. You’ve a game again next weekend and then a game in the league at the end of the month, which is important for us.

“And you’ve seven games in nine weeks and even when the league is over, you only have three weeks to prepare for the most important game of the year in the championship.”

Galway will now face Roscommon in the FBD league final after the Rossies overcame Sligo by 3-23 to 0-21 in Saturday’s semifinal.

Kilmacud Crokes won the Leinster club SFC title without Paul Mannion when they beat Kildare champions Naas by 0-14 to 0-7 at Croke Park, and they will be without him for the national semifinal as well after the former Dublin attacker confirmed he has undergone knee surgery.

Mannion was a late withdrawal from the team for the Leinster decider and manager Robbie Brennan confirmed afterwards that his two-time all-star underwent surgery on Friday.
Crokes will now play first time Connacht champions Padraig Pearses  of Roscommon who beat Knockmore of Mayo by 1-13 to 1-11 in their decider.

Donegal impressed again with a 1-13 to 2-8 win over Down in their opening McKenna Cup tournament game in MacCumhaill Park while Monaghan were 0-16 to 0-11 winners over Fermanagh in Clones.

In the McGrath Cup senior football tournament in Munster, Cork beat Clare by 2-9 to 0-10 while Kerry were 2-23 to 0-6 winners against Limerick in Tralee. Tipperary beat Limerick by 1-12 to 0-14 in Rathkeale.

Willie Connors could miss the championship this summer after he picked up a serious ankle injury in Tipperary’s shock Munster Hurling Cup quarterfinal defeat to Kerry by 0-17 to 0-14 in Tralee on Saturday.

Play was stopped for 10 minutes as Connor received treatment before he was taken to hospital by ambulance.

The Tipperary County Board confirmed that Connors suffered a double ankle fracture and will be out of action for several months.

Free-scoring forward Mickey Newman has announced his retirement from the Meath senior football squad after seven years in the county colors. “Time to step aside! Thank you to everyone who has helped and supported me over the years!” tweeted the 31-year-old. Louth goalkeeper Craig Lynch has also retired from the inter-county game . . .

Ballygunner of Waterford were full value for their 3-20 to 1-12 Munster club SHC final win over Kilmallock of Limerick at Pairc Ui Chaoimh on Sunday.

*This roundup first appeared in the January 12 edition of the weekly Irish Voice newspaper, sister publication to IrishCentral.