A round of GAA news from Ireland including O’Neill in Galway dugout, Cahill takes Tipp reins and GAA shorts. 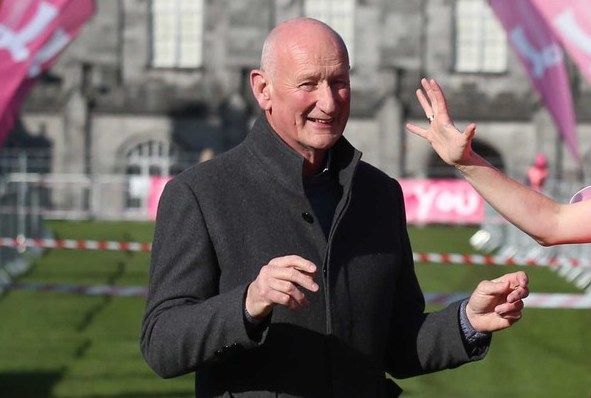 Statistics can be cruel.  Kilkenny have won the All-Ireland hurling final on 36 occasions, more than any other county, but Sunday’s two-point defeat to Limerick was their third defeat in their last three final appearances. That hurts.

Does it hurt enough to ensure Brian Cody stays on for one more year in an effort to bow out with Liam MacCarthy in his retirement satchel? Can he add another level to a blend of young and old who performed so heroically on Sunday? Only time will tell.

Cody wasn’t looking to his own future as he addressed the media following the latest defeat. Instead he asked Kilkenny fans to be proud of their team, his team.

“It was close for sure at the end,” Cody told RTE Sport. “According to most people’s predictions we weren’t at the level to even have a chance of getting to an All-Ireland final. But I think our players just deserve fantastic admiration for the way they fought it out.

“I think every Kilkenny person should be very, very proud of how the Kilkenny team performed. The early goal gave them (Limerick) obviously a huge boost, great confidence and gave them that cushion the whole way nearly right up to halftime. They got some great scores. Halftime, four points down, which is not a big lead obviously in hurling.

“Second half then we fought it out and fought it out, unfortunate we didn’t get to where we wanted to get to, but obviously we congratulate Limerick as All-Ireland champions, three-in-a-row champions, which is a huge achievement for them.”

Second half goals from Billy Ryan and Martin Keoghan and a 63rd minute equalizing point from Richie Hogan had Kilkenny dreaming of that 12th title of the Cody reign. And they got close. “We felt there was more in us and there was more in us. So that was it. At halftime, we felt we could improve things and I think the lads did improve in so many ways,” said Cody of his team’s second half push.

“Obviously, a score like that is huge but you never presume anything because the quality of the opposition is so good and so strong and obviously physically they’re a powerful team as well. The second goal was terrific for us absolutely, but the question is just keeping going and keeping going. The lads did that but Limerick obviously were able to keep in touch with points. They kept themselves ahead on the scoreboard even though we did draw level. At the end of the day we just came up short.

“Just a great battle. Obviously hugely disappointed, all the players are, but again I just have huge pride for the way they performed. Fair play to Limerick though, I just think they’ve won three All-Irelands in a row, good teams don’t do that, great teams do that really. They’re a top-class team. They’ve proven it over the last three years.

“Our four-in-a-row team is quite a while ago now so we won’t even discuss the achievement of that because today’s final is all that mattered to us.”

Kerry folk will see a familiar figure in the Galway dugout for Sunday’s All-Ireland SFC at Croke Park when Cian O’Neill takes his seat alongside the Tribesman’s manager Padraic Joyce.

Kildare native O’Neill was one of Eamon Fitzmaurice’s coaches when Kerry beat Donegal in the 2014 All-Ireland final but will be on the opposite side of the fence this weekend.

Current Kerry selector and All-Ireland winner Diarmuid Murphy worked alongside O’Neill back then and spoke to the media of his old friend ahead of Sunday’s reunion of sorts.

“Cian did a great job with us,” said Murphy at the Kerry press night.

“He was down for three years and he played a huge hand in us winning the All-Ireland in 2014. To be honest, we wouldn’t have won it without Cian really. I would be talking to Cian the odd time, Cian is a good guy and he’s a very good coach. Everywhere he goes, he gets success, and he has done a great job with Galway this year.”

Liam Cahill has taken on the role of manager of the Tipperary hurling team just days after he quit as Waterford boss. Cahill confirmed the move on Monday as the fall-out from the Tipperary County Board’s decision to dispense with Colm Bonnar continued to attract criticism within the county. Waterford coach Mikey Bevans will move with Cahill to his native Tipperary.

Cahill said, “I really enjoyed my time in Waterford and I am very grateful to the players who gave me everything every day they took the field, the county board who left no stone unturned in our preparations, and the supporters who continue to back their team through good days and the not so good.

“This is the second time we were presented with the opportunity to manage Tipperary. And we just couldn’t walk away from that on this occasion. Now is the time for us, if we didn’t do it now, I don’t think it would ever come again.”

Bonnar’s Tipperary club, Cashel King Cormacs, released a statement that was strongly critical of relieving Bonnar of his duties as senior boss after only one season.

“When the opportunity to manage his native county came about in late 2021 he duly answered the call. It's worth pointing out that the general consensus on his appointment was that Tipperary senior hurling was entering a transitional period with time and patience the key components. This same point was reiterated at the 2021 Tipperary Board convention,” the statement said in part.

"Therefore it was with great disgust to learn on social media press release from the Tipperary County Board on Thursday July 14, headlined by the line, 'Colm Bonnar relieved of his duties.’

"We find the statement totally unacceptable towards a man that had, firstly, given everything as a player in the blue and gold and secondly, was clearly enthusiastic about entering into the second of his three year term mandated by the County Board. Colm had a clear vision towards developing the current player base into the future and presented this to a 15 person Management Committee.”

SHANE Roche has quit as manager of the Wexford senior footballers.