Limerick's Declan Hannon became the first captain to lift the MacCarthy Cup for the fourth time in an epic All-Ireland hurling final against Kilkenny that played out in sweltering conditions at Croke Park. 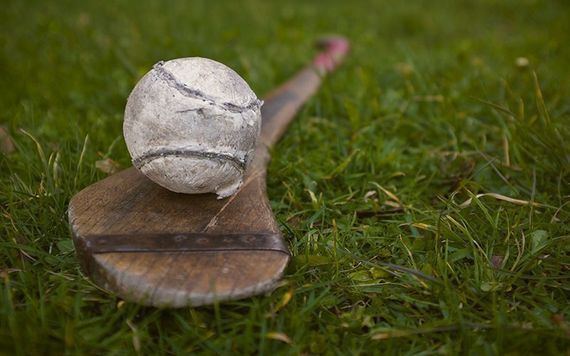 In the end, it was more U2 than the Cranberries for Limerick as Declan Hannon became the first captain to lift the MacCarthy Cup for a fourth time on a Beautiful Day for the Shannonsiders – but boy did Kilkenny linger as Dolores might say in an epic All-Ireland hurling final played out in sweltering conditions at Croke Park that saw Limerick defend its title in a 1-31 to 2-26 victory.

Not alone did Hannon rewrite the history books with his fourth trophy lift, but Limerick made it three titles in a row, quite an achievement considering how close the underdogs who go by the name of Cats ran the title favorites.

Limerick were just brilliant for 75 minutes of frantic action in a game that produced 60 scores and only 20 wides, shared evenly between these two outstanding squads of players.

Kilkenny were as close to brilliant as Brian Cody could get them, the holders only just getting past them in those final moments of injury time.

This was a game that had everything. An early goal from Man of the Match Gearoid Hegarty helped Limerick to a 1-17 to 0-16 halftime lead as the teams produced a pace way beyond reasonable given the record-breaking temperatures currently on offer in Ireland.

Kilkenny refused to wilt in the heat, however. Goals from Billy Ryan and Martin Keoghan, in the 38th and 47th minutes respectively, had their fans screaming for more in front of a sold out crowd. And they got it as substitute Richie Hogan pointed to level the scores with seven minutes left on the clock.

The Cats were asking serious questions and Limerick responded to move five points clear before the last and ultimately unsuccessful push from Kilkenny got the deficit down to two but no closer before the final whistle.

The Cranberries did ring out around the stadium as Hannon made his own history and yes, it was a beautiful day for Limerick as the injured Cian Lynch joined him on the podium for the trophy lift. A day of heart stopping moments for Limerick and heartache for Kilkenny.

“It’s probably even a better performance than I’d hoped for to be honest with you,” Limerick manager John Kiely told RTE after his side’s fourth All-Ireland win in five years and their third in a row.

“A huge challenge brought by Kilkenny. We played fantastic hurling but they still cropped up with quality scores themselves from the half-forward line, midfield. You could hardly believe there was only four points in it coming up to halftime. I was saying, ‘God, all the hurling we have played and Kilkenny are still there.’  There was nothing in it at halftime, absolutely nothing.

“They came strong in the second half even though we started quite well. They came strong then, brought a huge challenge, got a great goal. That was a massive question. How would we react to that goal? Our response was great, we got a good point shortly after. The lads coming off the bench made a huge impact, Cathal O’Neill, Conor Boylan, Peter Casey, David Reidy. They all made telling contributions.”

When Hogan hit that equalizer for Kilkenny in the 63rd minute, even Kiely was worried.

“I was thinking, ‘Christ, what do we have to do to get away from these guys?’  We were hurling well,” he said.

“We were winning puck-outs, creating scoring opportunities and yet they were still there. Obviously, this was a key piece of the game now. Who was going to respond?  Ultimately we did. We found the resolve defensively and in attack.

“The most telling piece there today was the resilience that they showed when it mattered most. I thought our defense was resolute and showed a level of resilience that mirrored our season because we have had a really, really tough six months. We have had setback after setback after setback. I could list 20 significant events that occurred during the course of the six months that were a challenge to us. The lads showed incredible resilience to keep going.

“They refused to lose that game and no matter what they were going to win that ball in defense and bring it out. That was the ultimate factor in the deciding of the game.”

As management and players paid tribute to the injured Lynch and his contribution behind the scenes ahead of the final, Kiely singled out goal scorer Hegarty for special praise after his 1-5 tally on the day.

“Gearoid was one of the guys that would have been very disappointed with his performance in the semifinal,” said Kiely.

“He’d have been the first to put his hand up and say that. He was very honest in his work during the course of the last two weeks in training. He just knuckled down and didn’t wallow in disappointment.

“I’m delighted for him because he’s had a couple of finals that he mightn’t have been altogether happy with – 2018 he wasn’t happy with. So I’m delighted he got that performance there today out of himself.”

As Kilkenny boss Cody accepted defeat graciously, Kiely was also quick to put the win against the county with more All-Ireland titles than any other into perspective. He said, “We have such respect for Kilkenny and what they’ve done, what Brian has done with the various groups he has had over the last 24 years.

“Their record is unparalleled and it will take generations for it to be anywhere chased by anybody, and it probably never will. We knew we were going to have to be at our absolute best if we were going to get the result we wanted today.

“To win any final is difficult, but you know the challenge that is going to come to you physically and tactically and in hurling terms, to be up to that is a tremendous achievement for our boys and that’s what makes it so special. This is really special.”

History was only a side dish on Sunday as far as Limerick captain Hannon was concerned. But he is keen to make more history and win more MacCarthy Cups with this all conquering side.

“It was unbelievable,” he said afterwards. “The intensity of the game. I don’t know what it was like to watch but on the field it felt like a real physical game, ebbing and flowing.

“The crowd were in it from start to finish. Maybe the last few years we built up leads, maybe the games were over earlier. Even the noise, having a full house at Croke Park, you’d miss it so much. We thought last year the noise was good but it was an extra level today.

“The three-in-a-row for the group is a serious achievement. The standard of hurling in the country is amazing and to be able to back it up year in, year out is a testament to the lads and the hard work and the hunger I suppose that’s still there in the group. It would be easy to roll over and say, ‘Ah we have enough, let somebody else do it.’ But there’s a great hunger there to drive on.”

As for that record four wins as a captain? Hannon remarked, “Look, it’s a nice achievement to have but it’s funny as a player, your job is to a job for the team. Individual accolades or anything like that are not irrelevant but when you’re still playing they kind of are.

ATHLETICS: Thomas Barr and Andrew Coscoran exited the World Championships in Oregon at the semifinal stage with Barr finishing fifth in his 400 meter hurdles race and Coscoran 12th in the1500 meters. Chris O’Donnell and Rhasidat Adeleke made it through to the men’s and women’s 400 meter semifinals respectively . . .

RUGBY: There was double success for Ireland’s men’s and women’s 7s teams as they both qualified for the World Cup in South Africa later this year after top four finishes at the Rugby Europe qualifying competition in Bucharest . . .

GOLF: David Feherty, originally from Bangor, Co. Down, former European PGA pro and long-time golf analyst for NBC Sports, is expected to leave the American channel to depart for a commentary role with the Saudi-backed LIV Golf Tour, according to reports.