Geraldine Rea and Niamh O'Sullivan became the first same-sex couple in Ireland to be legally recognized as the parents of their children from birth after the birth of their twin girls Réidín and Aoibhín. 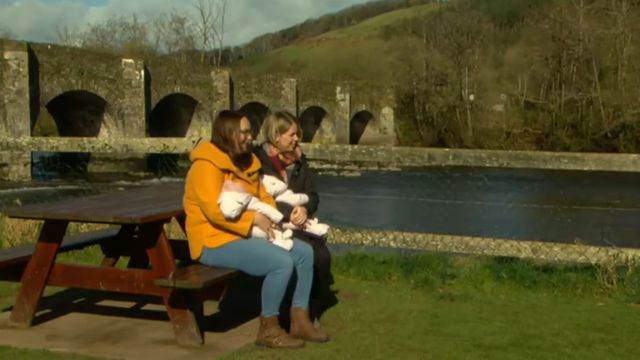 Two women from County Cork became the first same-sex couple in Ireland to be legally recognized as the co-parents of their children from birth on Friday after a major change to Irish legislation.

Geraldine Rea and Niamh O'Sullivan, a same-sex couple living in Bishopstown, County Cork, were both recognized as parents of their twin girls Réidín and Aoibhín O'Sullivan Rea on their babies' birth certificates.

The two women, who married in 2018, became the first same-sex couple to be legally recognized without going through a court process following the enactment of the last sections of the 2015 Child and Family Relationships Act last May.

The new act recognizes the birth mother and her spouse, civil partner, or cohabitant as parents when a child is conceived through donor-assisted human reproduction.

Female same-sex couples previously had to go through a court process to re-register their children's births in order to gain legal recognition as parents.

Geraldine Rea was assisted through conception and pregnancy by the Waterstone Clinic in Cork and she gave birth to the twins seven weeks ago.

She said that the new legislation makes the "difficult" route to parenthood "that little bit easier" for same-sex couples.

Meanwhile, Niamh O'Sullivan said that the legislation was "a bit of equality" for same-sex couples.

The couple told the Irish Times that they didn't expect to be the first couple to benefit from the new legislation and O'Sullivan said that it was a "historic" moment for both them and LGBT rights in Ireland.

"It is monumental for us and a historic step towards LGBT+ equality, as many children with same-sex female parents can finally vindicate their right to have their family recognised," she told the Irish Times.

LGBT Ireland welcomed the news and said that it was a "huge step forward" for same-sex couples.

"It's hugely important for children to have a legal relationship from birth with their parents, with the ones who care for them and love them on a daily basis," said LGBT Ireland chief executive Paula Fagan.

Fagan told RTÉ that not all same-sex couples were covered by the legislation and said that the organization would fight for further changes to the law.

Male same-sex couples and female couples who travel to overseas fertility clinics are not covered by the legislation and Fagan called on the Government to address some of these issues in its Assisted Human Reproduction Bill, which is due to published later this year.