A meet and greet with Ed Sheeran is now up for grabs in an online auction with the London Irish center. 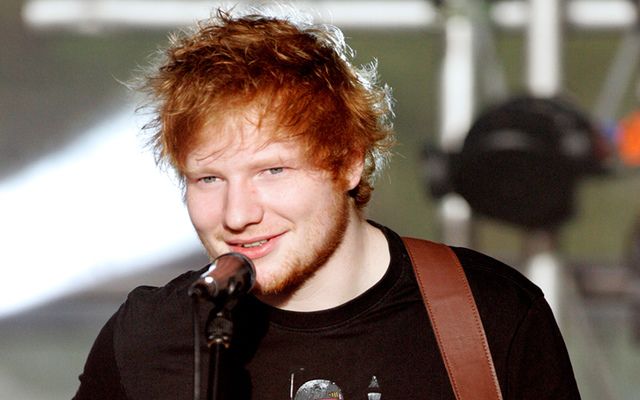 A meet and greet with Ed Sheeran is now up for grabs in an online auction with the London Irish Center. WikiCommons

As if English singer-songwriter Ed Sheeran hadn’t already completely won over the hearts of the Irish people, now the pop superstar has gone and made a massive donation to a London Irish charity, confirming our belief that he is, as we’d put it in Ireland, “pure sound.”

With his third studio album “÷” (divide), featuring two Irish trad tunes, set to be released this, Friday March 3, Sheeran donated a meet and greet with him at one of his upcoming UK gigs to the annual gala auction of the London Irish Centre, a charity that has run community services and cultural programs for the Irish in London since 1954.

"Our whole team are hugely grateful to Ed for this brilliant donation," said Gary Dunne, Director of Culture at the London Irish Centre Charity.

"We have been providing a wide mix of community and cultural services to the Irish in London for over 60 years. We are absolutely delighted that stars like Dermot O'Leary [English TV presenter] and Ed are generously supporting this important work.”

Online bidding for the prize began on Monday, Feb 27 and will continue until a winner is announced this Friday at the London Irish Centre’s Big Night Out.

Ed Sheeran has made a very special donation to us.

This is not the first time Sheeran, who has roots in Co. Wexford, has helped out the Irish charity either. In 2015, he donated a signed guitar and tickets to his gig at Wembley Stadium.

Irish Ed Sheeran fans are waiting with excitement for the release of the international star’s latest album, which he has promised includes a track that will become “the song” for the Irish. Sheeran worked with with Belfast folk group Beoga for two songs on the up-coming album, including one song entitled “Galway Girl.”

After a year-long hiatus, the musician began his comeback earlier in 2017 with the release of three new songs from the album which have quickly taken over the charts. However, it is the tracks about Galway and his family’s hometown in Wexford that Irish fans are dying to hear when the album is released.

Sheeran is also planning to use Irish dancers in an upcoming music video which we imagine will be for one of these all-trad tracks featured on “÷ [Divide].” Irish dancers the world over have been creating incredible videos as audition pieces for the video and, if we were Ed, we’d have a tough time picking just one group to feature.

Three Irish lads danced at various global landmarks, starting with the Guinness brewery in Dublin, in their attempt to get the singer’s attention, while modern Irish dance phenomenon Fusion Fighters were overwhelmed with over 100 entries after they launched a social media the hashtag #STEP4SHEERAN so that Sheeran could see all that the Irish dance community had to offer him.

The online auction for the chance to win a meet and greet with Sheeran can be found here.

Read more: World's most talented Irish dancers vie for chance to be in Ed Sheeran video